Norwell Cheerleader goes to the next level at Ball State

By The Den's MIke RIce

Kate Mahnensmith grew up like a lot of small town, midwestern kids.

She was active in Fair events, becoming so well known in the cat circles of Ossian’s 4-H clubs that had there been a “Future Crazy Cat Lady” award, Kate would have been the odds-on favorite to wear the crown.

A self-described adrenaline junkie, Kate began looking for her adrenaline fix early on, finding it in competitive athletics.

While Indiana is well known for being a basketball hotbed, Kate was more of a frog girl than a ball girl.

At the age of 7, Kate began prowling and conquering the pools in and around Ossian, continuing to live the life aquatic into her high school years, eventually participating on the Norwell Lady Knights swim team.

Kate’s mom Holly had been a cheerleader at Ball State University. Kate, being a big sports fan, naturally rooted for the Cardinals from an early age, but never showed an inclination to take up cheering.

That would change, however, as Kate entered middle school.

Whether it was her pompom DNA awakening from its dormancy or the chance to spend more time with her mom, who took over leadership of the middle school cheer program that same year, Kate decided to join the team.

Slowly but surely, she became hooked on the comradery of the sport.

Make no mistake, swim goggles and chlorine remained in Kate’s blood, but cheer was settling in to stay. 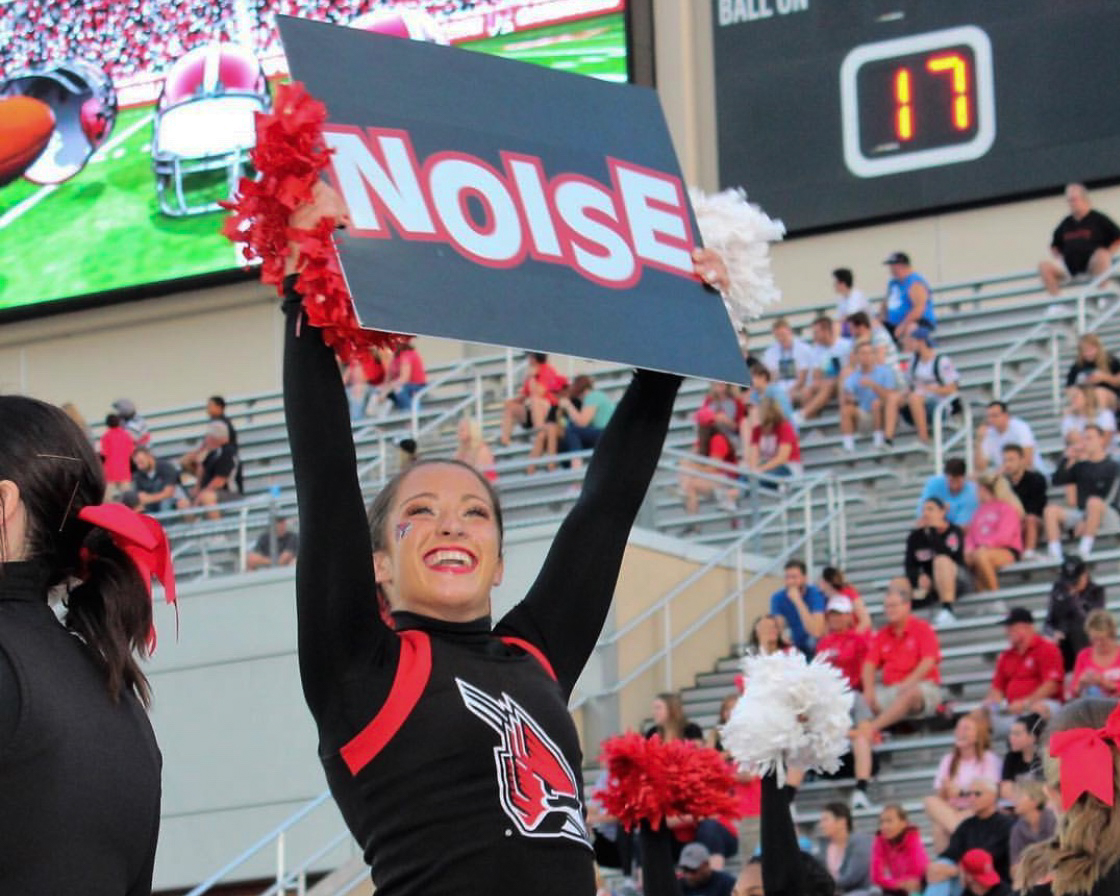 In sports like swim, track, wrestling and golf, etc. a team’s success is tied to a collection of individual contests all rolled into one. One athlete’s off night can be countered by another’s upgraded performance.

Cheerleading squads don’t have that luxury. Every member must be on the same page or, much like an actress missing her cue, the entire production can fall apart.

For a girl who, when asked to name a personal hero simply said, “my mom”, the close knit, family like bond the sport creates was no brainer attraction.

As graduation grew near, Kate, was looking to major in nursing and had an interest in becoming a traveling R.N, specializing in Neonatal Intensive Care.

Without hesitation, Kate made Ball State, her mom’s alma mater, her “first and only” choice to continue her education.

With her swimming career in the rearview mirror and knowing she would soon be too old to continue participating in 4-H, Kate began to wonder if she might be able to continue the remaining of her 3 adolescent loves, cheerleading

Prior to the start of her freshman year and again prior to her sophomore year (no one is grandfathered on to the team and everyone must try out each year), Kate auditioned for the Ball State squad and made the cut.

At Ball State the cheerleaders are split into two individual squads, one co-ed and the other all-female. Kate was selected for the all-female team.

While the two squads practice together, they each have their own focus.

Females who cheer on the co-ed team are all “flyers”. They’re the girls who get tossed high into the air during the game’s big moments.

The all-female team focuses more on what might be considered traditional cheer routines, but they are no strangers to flips or stunts.

In fact, when her squad forms the well-known cheerleader pyramid, you can find Kate serving as a base, in the bottom row, making sure the girls above her have a secure foundation to stand on.

As an underclassman, Kate doesn’t travel to away games, as only junior and seniors do so, but she keeps busy with home basketball, football and women’s volleyball games.

Yes, you read that right. Volleyball is a big deal at Ball State and it’s treated as such.

Kate admits it was strange, at first, to be cheering at a volleyball game, but once she got accustomed to not being allowed to cheer while the ball is in play, it’s been very enjoyable.

Even more enjoyable is what Kate describes as “being an ambassador for the school”.

Her squad routinely makes appearances at public events and had the honor of participating in a recent Indianapolis 500 Parade.

It was at that parade where Kate got a glimpse of how much impact those in her position can have on today’s era of small town, midwestern kids.

In the midst of all the day’s activities, with so many local celebrities and well-known personalities around, a young girl, accompanied by her mother, approached Kate and asked for her autograph.

It was a humbling moment that Kate says taught her to remember to always set the best example possible as “you never know who might be watching”.

That ambassador personality came bubbling to the service, again, when asked about her thoughts on people who still view cheerleaders as girls who memorize a few chants and stand on the sidelines trying to look cute for their boyfriends.

She admitted she gets the questions and comments about cheerleaders not being athletes “all the time” but has learned to brush them off. 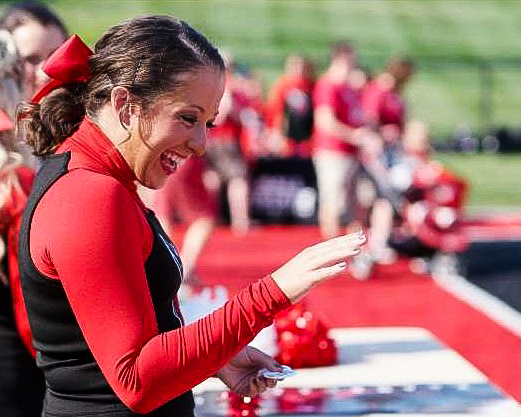 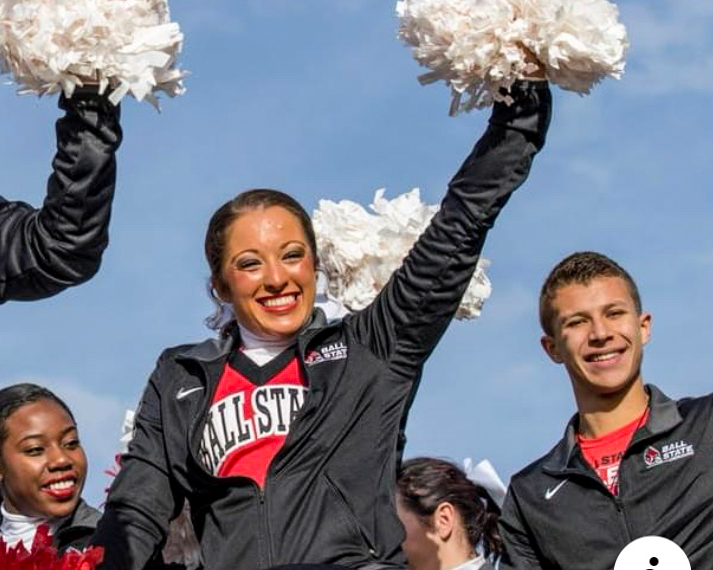