Sandwiched between the Bronx’s bustling grittiness to the south and the relaxed elegance of the Catskill mountains to the north lies a piece of land, so revered in military history its name is often mentioned in the same breath as Valley Forge and Gettysburg.

Nestled on a high ground overlook of a bend in the Hudson River, West Point provided the ideal location for Continental forces to defend against attempts by the British Navy to infiltrate and divide the colonies.

To underscore how vital possession of West Point was to the outcome of the Revolutionary War and the very survival of a newly birthed country’s independence, General George Washington once deemed it the most strategic location in the county and General Benedict Arnold, for whom it was once named, was willing to commit treason to hand its ownership to the British.

Since its days of cannon fire and repelling Redcoats, West Point has continued to aid the country it helped bring to life, becoming the longest continually occupied military garrison (January 27, 1778) and home to the Army’s United States Military Academy (USMA) on March 16, 1802.

It is there, in the dorms and classrooms of USMA, considered by many to be the most prestigious academic institution in the country, where our story begins.

Steven Hoadley’s mother always advised her son to weigh every option before making a big decision.

As he approached his graduation from Huntington North High School (2014), Steven was doing just that.

Steven was interested in a secondary education but concerned about a future that included the stress of student loans.

Having been a standout defensive tackle for the Huntington Football team, earning a spot in the East-West All Star game his senior season, he held out hope for a scholarship.

A bit undersized for his position, Steven quickly saw his pigskin options limited to Division 3 schools with no athletic scholarships.

Turning his attention to a possible military enlistment, Steven met with a Marine recruiter and quickly fell “head over heels” for the Corp.

He was ready to begin his trek with the Marines, but there was one catch.

Still just 17 years old, Steven needed his mom to sign off on the idea, literally. She agreed, but with one condition, he had to weigh his options and meet with a recruiter from another service branch.

Looking at it as a formality, Steven met with an Army recruiter. It wound up being a meeting that changed everything.

Despite his love for the Marines, Steven was drawn to the Army and soon joined.

However, due to what he admits were not rigorous enough study habits, he failed to pass the course.

Per Army regulations, when a recruit fails the testing for their chosen AIT, they are reassigned, their new field dictated by the needs of the service. 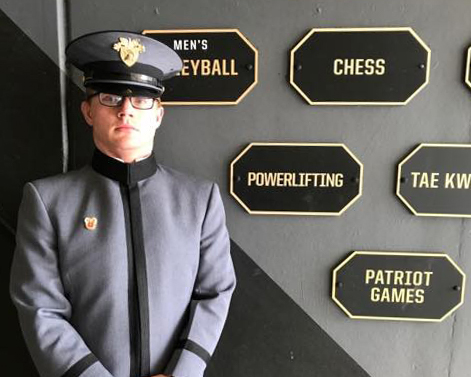 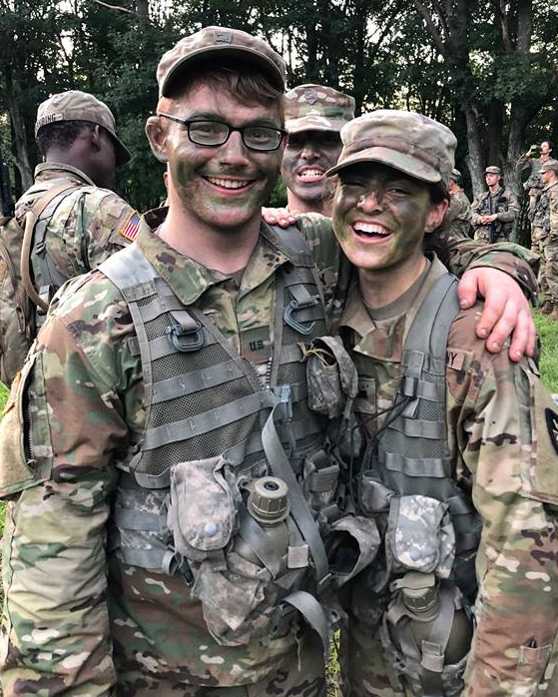 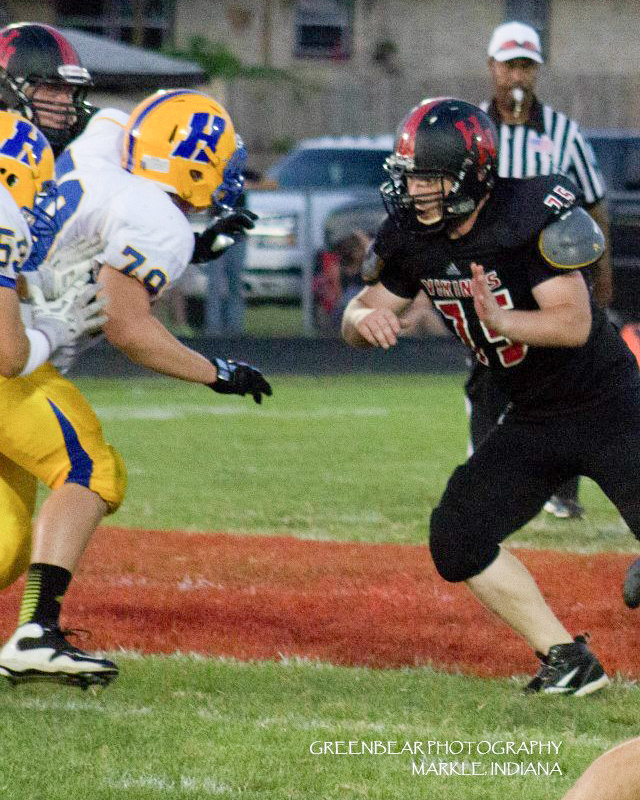 Approximately, 7 ½ months later, AIT completed, Steven got his first station orders, placing him at Fort Casey, South Korea, about a twenty-minute drive to the border with North Korea.

Almost immediately, he would get a taste of the tensions that plague the region.

Following an unannounced missile test by North Korea, South Korea dropped propaganda leaflets, via balloon, over the border, leading to anti-aircraft fire from the north.

After anti-aircraft shells landed on South Korean soil, the South responded by directing heavy fire at the suspected location of the North’s artillery position.

Thankfully, tensions between the two countries, who were technically still at war with each other, would fail to reach the boiling point and full-fledged fighting remained a somewhat distant memory.

While at Camp Casey, at the behest of a former girlfriend, Steven began looking at the path to becoming an Army officer.

After examining the requirements of both Officer Candidate School and the Green To Gold program and not finding a fit, Steven turned to West Point.

Having taken a brief look at West Point, while in high school, Steven was somewhat familiar with the requirements, but unbeknownst to him, the Army reserved admission spots specifically for prior service personnel.

With the road to becoming an officer clearing, Steven began working on his admission packet.

He’d have one last detour to navigate, though.

Unlike many colleges, West Point does not provide a rolling application period. Each applicant must submit his or her application by the stipulated deadline or reapply the next year.

After not finishing his application by the deadline, Steven prepared himself to wait another year, then try again.

It was a wait that would never happen.

On March 3, 2016, roughly two weeks after returning to duty, following the passing of his mother, Steven was called into the office of his platoon Sergeant.

Anticipating the Sergeant was simply checking in to see how he was reacclimating to work, Steven was in for a pleasant surprise.

In a nutshell, those in charge of admissions, for prior service personnel, were visiting Army bases throughout the world, meeting with, interviewing and vetting interested soldiers.

Steven arrived at the meeting for Camp Casey, with word of an anticipated 20 soldiers to be in attendance, to find 200 eager hopefuls.

Not deterred, he dug in and completed much of the application, which can take months, in only a day or two.

He secured the needed letters of recommendation, listed his AP/SAT/ACT scores and included athletic awards from high school.

His opportunity had finally come and determined to not leave anything to chance, Steven included everything he could to show who he was, both as a person and as a soldier.

The following month, yet to receive word from West Point, Steven moved from Camp Casey to Fort Sill, Oklahoma. 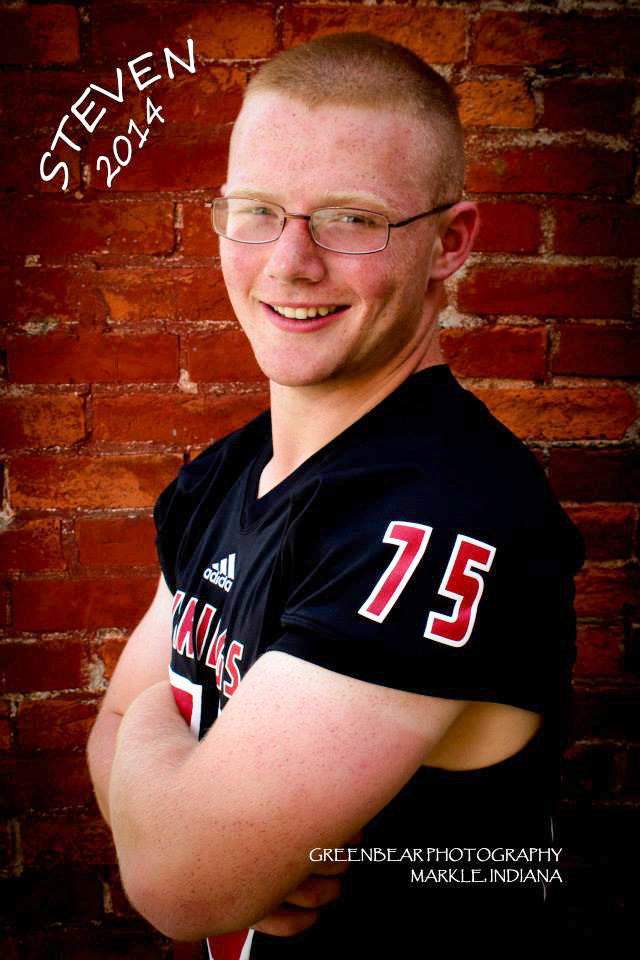 During a road trip from Fort Sill to Chicago, just outside of Tulsa, Steven was preparing to exit onto Interstate 44, when his cell phone rang.

Initially, hesitant to answer the call from an unrecognized number, that appeared to originate from outside the US, Steven picked up.

On the other end of that call was his former Battalion Commander from Camp Casey, LaTonya Jordan.

The call that Steven originally thought might be a phishing scam was one of congratulations. His orders to report to West Point would soon be delivered to Fort Sill.

Steven reported to West Point on July 17 of that year, joining 241 other cadet candidates in his class, 41 of which were prior service members.

Prior to starting actual Cadet training, each candidate must complete classes at the United States Military Academy Prepatory School (USMAPS)

The USMAPS stresses such things as writing and science skills to better acquaint Cadet candidates with the future academic rigors waiting for them.

After finishing the USMAPS in May of 2017, Steven’s next step in reaching full Cadet status was Cadet Basic Training (CBT), sometimes referred to as Beast, in homage to the difficulty of training involved.

At West Point the freshman classes are referred to as Plebes, the sophomores as Yuks or Yearlings, juniors as Cows and seniors are Firsties.

Now a Yearling, Steven finds himself in charge of 1 or 2 Plebes. Acting as a mentor to younger cadets is part of the leadership training each upperclassmen goes through.

A typical day for Yearling Hoadley starts with him rising at approximately 6:20 AM, showering, brushing his teeth and reporting for formation about 35 minutes later.

After formation, which ends at 7:02 AM, Steven can grab breakfast, put in extra studying or return to his bunk to grab a few extra minutes of sleep before reporting to his first class at 8:45.

To graduate, each Cadet must complete 42 total courses in his or her 4 years at West Point. Roughly, 32 of those are considered core classes, including a mandatory foreign language class.

Academic standards at West Point are rigorous, as are course loads.

By way of comparison, at most universities, 12 credit hours are enough to reach full time status.

On top of their heavy academic workload, each cadet is required to carve out time for organized athletics, as well. Steven currently participates as a member of the school’s power lifting team.

While all of this would be enough to overwhelm many of us, there is more.

With his May 23rd, 2021 graduation date looming on the ever-nearing horizon, Steven must constantly evaluate his plans for his post academy future.

In November of his final year at the academy Steven will participate in “branch night”, where cadets find out what branch of the Army they will serve in, while fulfilling their minimum 5-year enlistment commitment.

There are 17 branches of the Army, examples of which include Infantry, field artillery and aviation. In layman’s terms, each branch is equivalent to a different job.

Branch night or “branching” as Cadets say, is highly competitive, with a cadet’s ranking on the Order of Merit List, West Point’s equivalent to a class rank, serving as the pecking order.

The top ranked Cadet has the pick of any available branch he or she is interested in. Remaining cadets follow, in order, with their choices, each dependent on the number of open slots in each branch.

The Order of Merit List is prominently featured, once again, come February of the cadet’s final year, as they gather for “post night”, where they are separated into groups, based on branch, then allowed to choose the post at which they wish to serve.

Being a fan of “big guns”, Steven has set his sights on serving as a light artilleryman at Fort Campbell, Kentucky, home of the 101st Airborne, with a backup choice of Fort Stewart’s, Georgia’s heavy artillery unit.

He’s also taken a glimpse or two into his post military life. Once, the time comes for Steven to return to the civilian ranks, he’s considering taking advantage of the GI Bill and enrolling in Notre Dame’s MBA program.

This amount of foresight is foreign to many of us who struggle with the most mundane of day to decisions, like what to wear or where to eat, but it’s the type of diligence that West Point both instills and demands.

You see, “The Point” isn’t in the business of simply manufacturing great soldiers, but also helping to mold greatness, period. The evidence of which can be seen in its list of alumni, known as the Long Gray Line.

Names such as Dwight Eisenhower, Ulysses Grant, Douglas MacArthur and George Patton hold a place in that line. 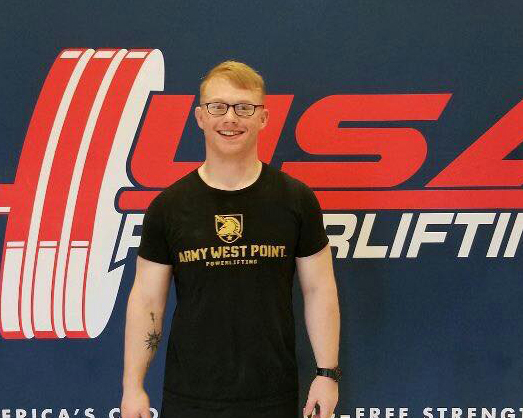 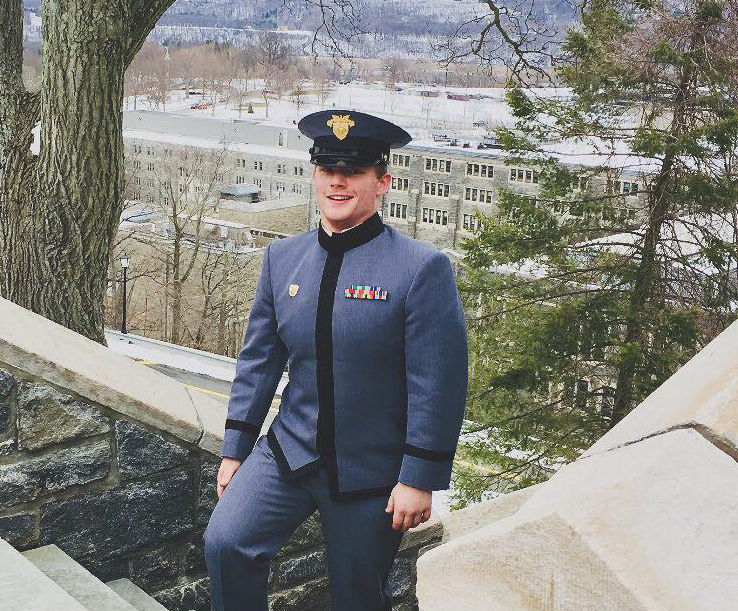