Blackwell Starts as a Freshman at Ball State 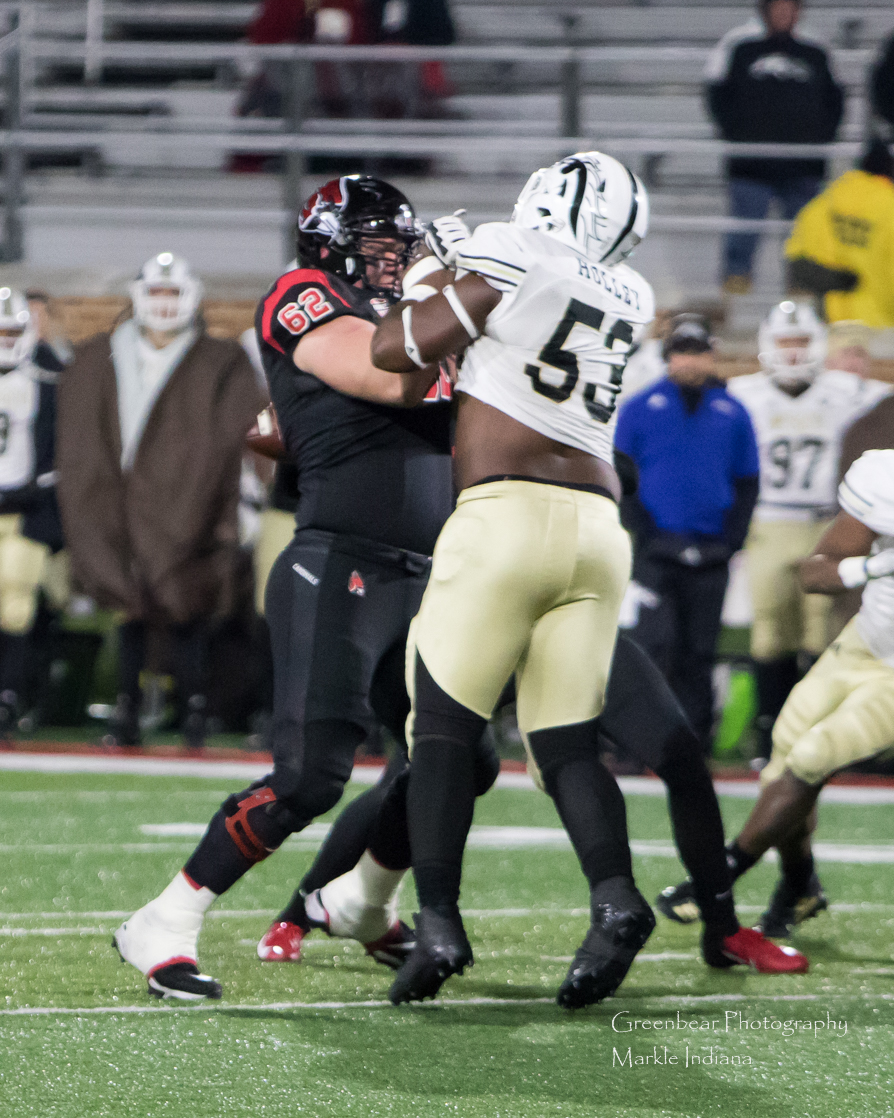 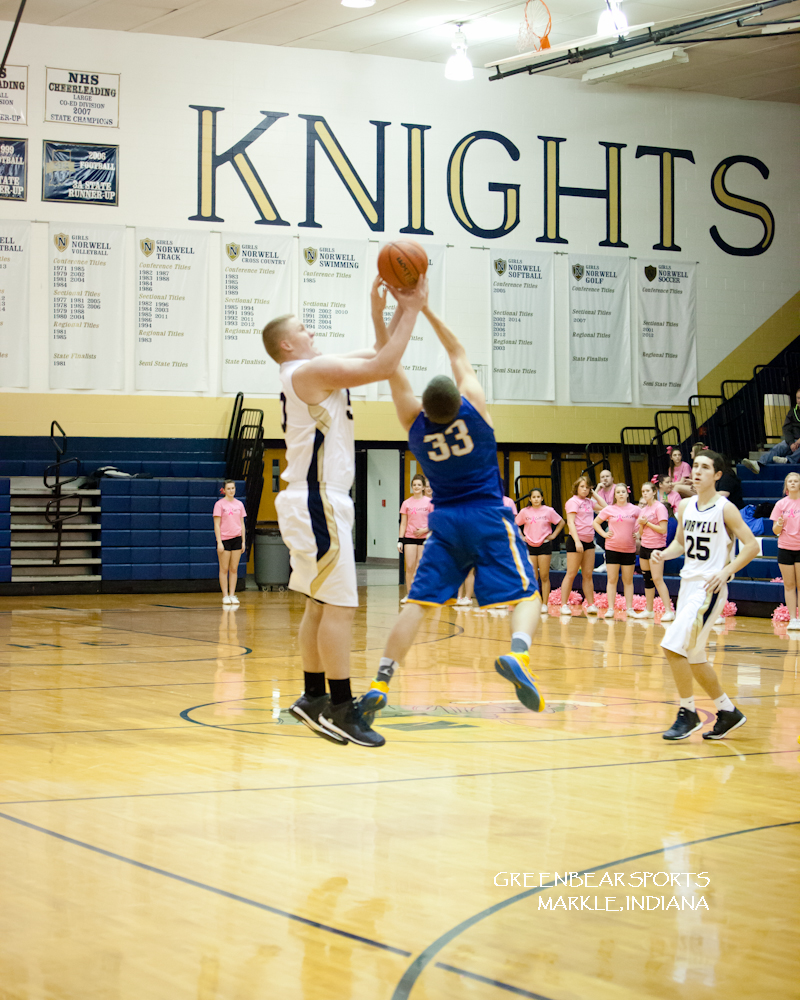 In the world of comedy, they’re known as straight men. With stoic souls and never flinching faces, they serve as bull’s eyes for their partner’s barbs and jokes.

When it comes to the mythical crime fighting cosmos of super heroes, they go by the moniker of sidekicks. With nerves of steel and biceps to match, they deflect danger while the other half of their masked duo saves the day.

Often, they go unnoticed by the masses and undetected by celebrity. They’re anonymity welcomed, as opposed to resented, as it signals a job well done.

You see, in their line of work, the limelight is usually preceded by a screw up.

Within the Pigskin galaxy, those same individuals answer to the call of “offensive lineman”.

With the stoniness of a thousand straight men and the biceps to make any sidekick drool, they toil in the trenches beneath the lights of a Friday night and amidst the smells of Saturday afternoon tailgates, protecting their quarterback from the flat jokes known as sacks and the danger of red zone fumbles.

This is the story of one those anonymous linemen

Curtis Blackwell grew up amid a blue-collar atmosphere. His father, AJ, has worked in construction for over 20 years and Curtis spent many childhood afternoons helping Grandpa Curt tend to the family’s farm animals.

The work ethic instilled by those blue-collar genes would serve Curtis well.

As a 6-foot 3-inch, 200-pound eighth grader, Blackwell’s size was a natural benefit to his early football career.

As he entered Norwell High School, Curtis understood there would be substantial work ahead if he wanted to contribute to maximize the benefits of that size.

High School is an entirely different animal than middle school. No longer the old guy on the street, as a freshman, Curtis would be battling for playing time with bigger, faster and stronger upperclassmen for the next three years, until his senior season would eventually arrive.

At that point, he would need to be ready to repel any challenges from upstart underclassmen.

On a normal day, that work began before school, with weight training from 6 to 7 in the morning and resumed after classes with a trip to Fort Wayne to workout at The AWP (Athletes With Purpose) facility.

During Norwell’s football season, a team practice would be sandwiched in between those two.

During his sophomore year of high school, the work would begin showing dividends, as Curtis received his first college scholarship offer, from division 1 level Toledo University in Ohio

By the spring before his senior season, the dividends had multiplied like unattended 4-H rabbits. 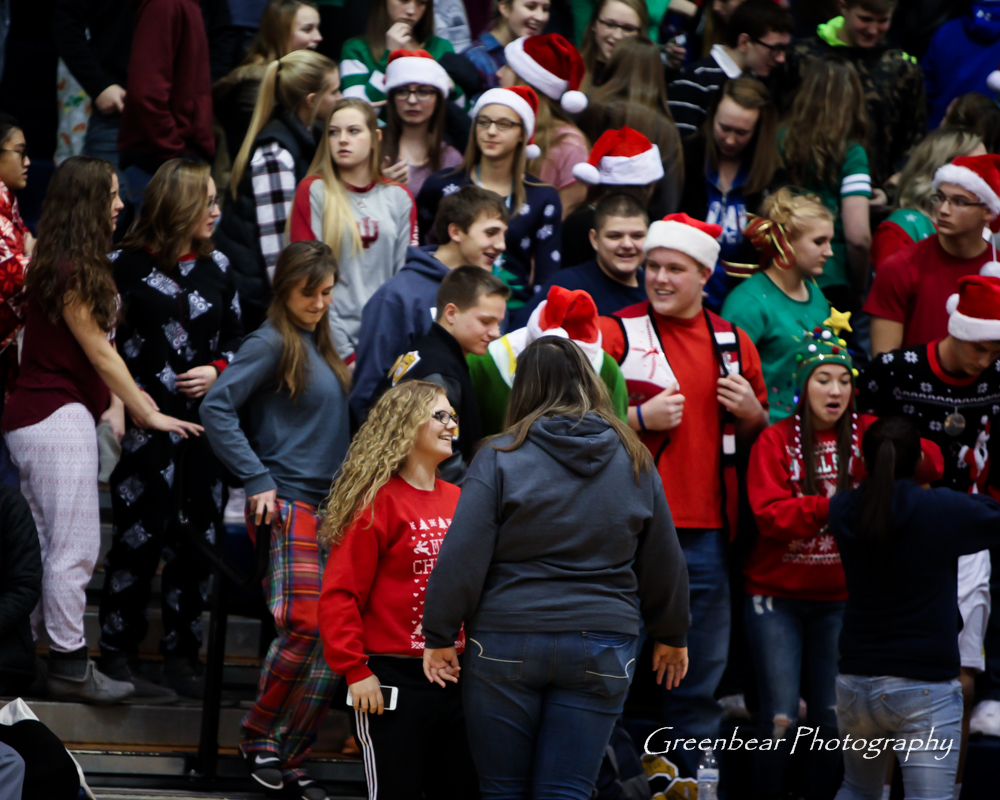 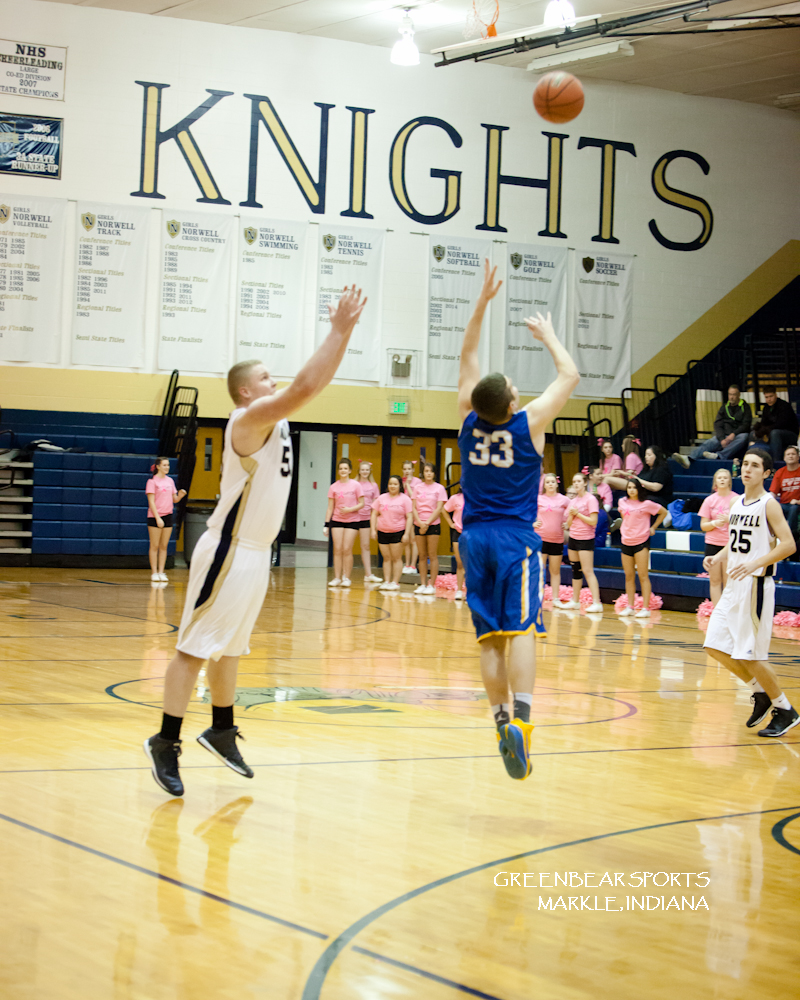 While the weight room and advanced training had pushed Blackwell’s size up another 2 inches and 80 to 85 pounds, his work on the field had ballooned his number of scholarship offers to “eight or nine”.

Blackwell had taken unofficial visits to several schools during his first three years of high school, but that spring he made the decision to narrow his list of possible choices to 3 and make the trips official.

With his targets whittled to the three MAC schools of Toledo, Bowling Green and Ball State, Curtis, JT and Curtis’s mom, Jennifer embarked on a week-long road trip to visit the three campuses.

Toledo was up first, followed by a visit to Bowling Green, where Blackwell’s uncle played during the 90’s. Last on the itinerary was Ball State.

The first week of June, Blackwell would take to Twitter, announcing the culmination of a multiyear process he admits “wears you out”.

He had indeed saved the best visit for last and would be attending Ball State. The draw of being far enough from home to do “his own thing”, but close enough he could easily come home was too much to pass on.

His D1 football career would officially begin the following summer.

In June of 2017, not long after graduation ceremonies at Norwell, Blackwell reported for his first day of summer conditioning.

The conditioning wasn’t complex. In fact, it was simple.

Each member of the team, regardless if they are returning players who have been on campus all year or brand new freshman, reported to Ball State’s Scheumann Stadium at 6 a.m., ready to run and run and run and run some more.

1,760 yards, broken down into 16 sprints of 110 yards each in total, was the mandate. For the non-metric friendly, that’s one mile, at a full sprint.

Blackwell survived his introduction to collegiate conditioning and would go on to work his way into the Cardinals’ starting lineup midway through his freshman year.

With that position change came a need to add weight, something that Blackwell describes as “hard for me to do”.

Through a daily consumption of 5,000 to 6,000 calories consisting of mostly fish, chicken and “a lot of pasta”, coupled with a continued dedication to the weight room, Blackwell, now a sophomore, has managed to add another half inch and 25 pounds to his body, checking in a 6’5 ½’’ and 310 pounds.

He says he’d still like to add another 5 pounds or so, to hit his initial target of 315.

Halfway through his college career, there are a few moments that have taken up permanent residence in Blackwell’s memory bank, including a game he didn’t even play in.

Ball State’s opening game of his freshman season was against Big Ten opponent Illinois. While he never got into the game, Curtis recalls walking the sideline, surrounded by 35,000 people thinking to himself “It’s finally here. This is college football”.

He was now part of the game he had grown up spending his Saturday afternoons watching on TV. 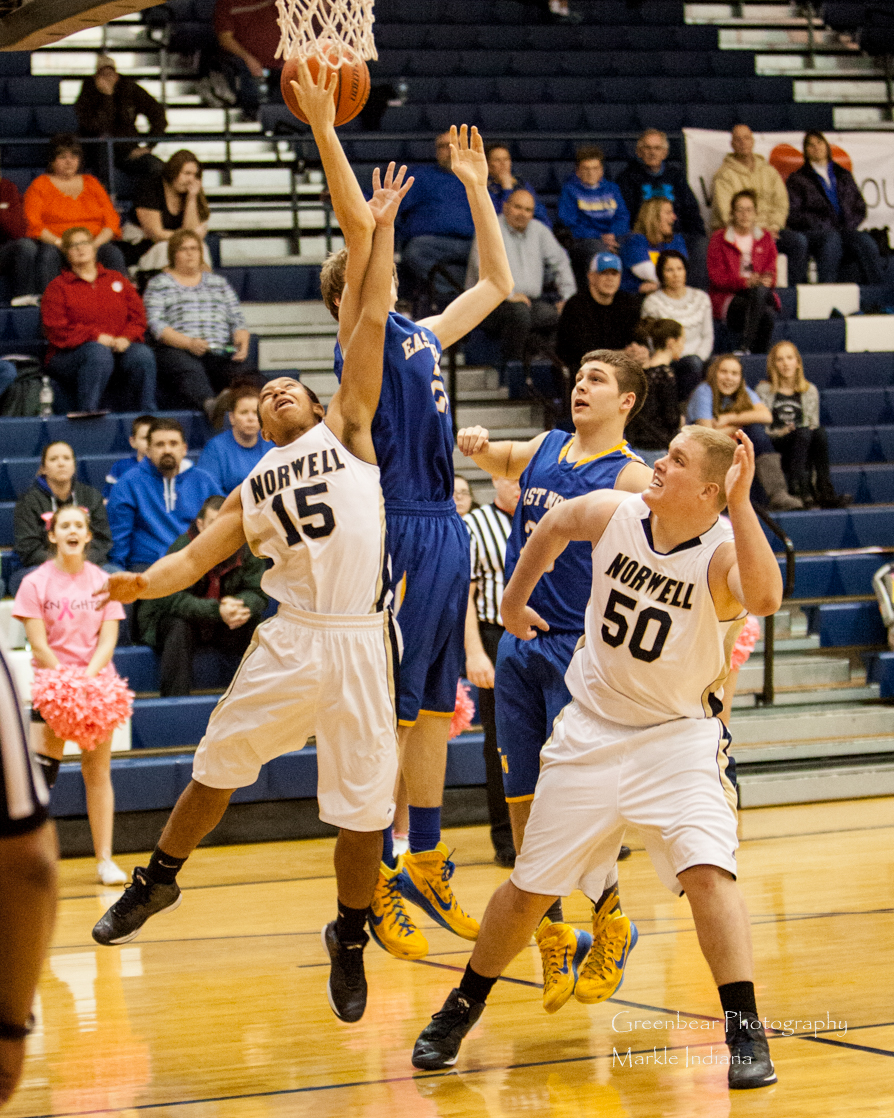 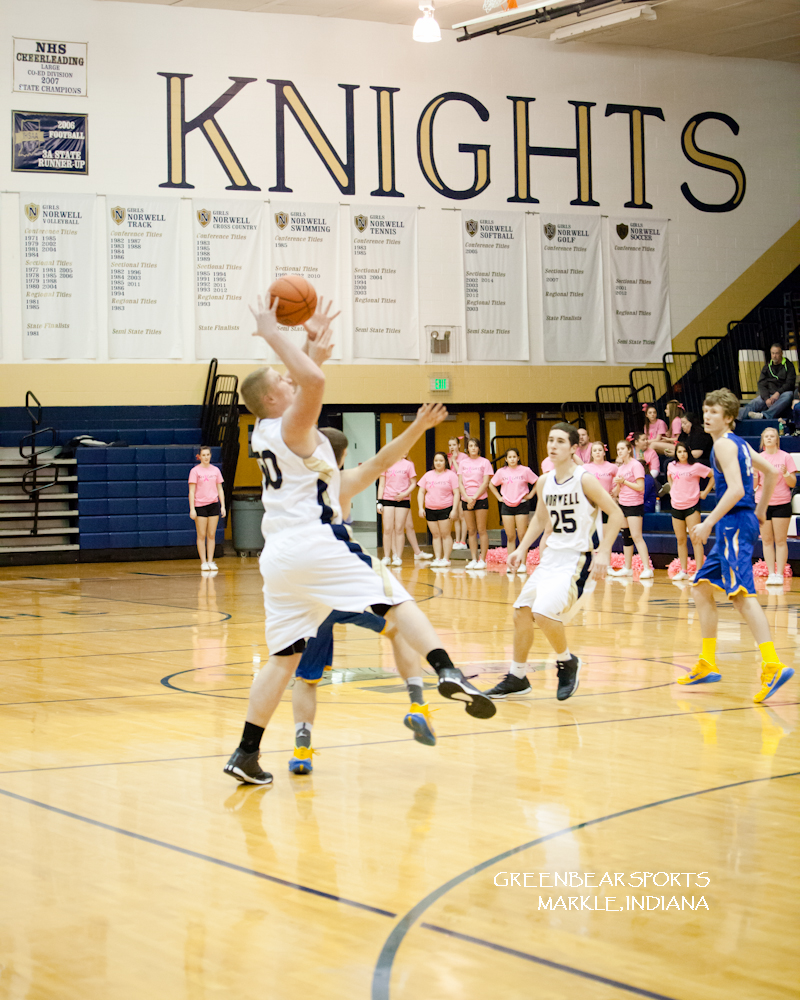 This past season, Ball State traveled to one of college football’s most recognized and most revered structures, Notre Dame Stadium, home to the traditional national football powerhouse Fighting Irish.

Blackwell would face off, in front of 77.000 plus fans, against Irish All-American Jerry Tillery and the rest of the heralded N.D. defensive line that helped lead the Irish to a #3 ranking and an appearance in the NCAA National Championship Playoffs.

Undaunted, the Cardinals pushed Notre Dame to the edge before falling 24-16.

Memories of that caliber would be enough to sustain most people for a lifetime, but Curtis is already clearing room for more.

This coming season, Ball State will battle against the Indiana Hoosiers at Lucas Oil Stadium, on the same turf once patrolled by the legendary Peyton Manning.

In 2020 the Cardinals will venture to Michigan to battle the Wolverines in what’s known in college football circles as simply “The Big House”.

While he’s currently taking every chance to smell the roses, so to speak, as he lives his dream of playing D1 college football, Blackwell hasn’t neglected to plan for the future.

Like any football player, he’d love to hear his name called during the NFL draft or receive an invite to a training camp. He’s cognizant of other professional football avenues like the newly formed National Gridiron Arena League, as well.

Whether his playing career ends with his time at Ball State or after a trip through the pro ranks, Blackwell enter his post football era with a degree in Business Administration and Construction Management, fully equipped to continue the blue-collar life that has served him so well.