WHAT ARE YOU "PREPARED" TO DO

We jump into things with “Lewis”, who is “south of 50” years old and resides on the edge of a relatively small town.

On Your Mark, Get Set, Go

“Y2K got it started for me. I didn’t think the world would end, but I thought we could lose services for a day or two. I made a box of food and a few essentials and put it in the garage.”

“After that was all over, I thought about how panicked some people were and it kind of worried me what could have happened.”

“I prep for 5 to 7 people. That’s my immediate family and possibly my parents.”

“My kids are older, but still at home, so that makes it a little easier. My parents are in their 70s. That brings other challenges.”

“For me, it’s more about knowing what to stock up on and how to store it. I’m not looking to have to head out, day after day, to fish or find a deer.”

“Plus, what do you think all the unprepared people are going to try to do?”

“I know how to do basic first aid and people “within my group” have some medical training. I know how to defend myself, firearms wise and hand to hand, too.” 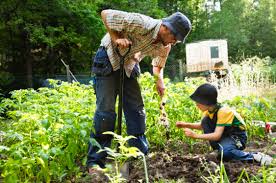 “I’m what you call a general prepper. Some guys have specific events they prepare for, like a tornado or the food chain collapsing, from a drought or agricultural terrorism.”

“The closest thing to describe me would probably be a social economic collapse.”

“That’s pretty broad and could be caused by just about any event. It’s more like prepping for panic and potential shortages of essential goods than the actual event.”

“Think of the LA riots in 1992 or the Ferguson riots on a larger scale or being in city where that happens, and you can’t go out.”

“The only people who know I do this are my wife and kids, plus a few other preppers. I plan on keeping it that way. That’s why I wanted to be anonymous.”

“Look, if you win the lottery and have 2 million dollars in cash stuffed under your bed, do you tell just anyone? Heck do you tell anyone at all?”

“Well, when the SHTF, so to speak, I don’t want every Tom, Dick, Jane and Judy knowing where they can find the new “lotto” winner.”

“That may not be the perfect comparison, but you get the point.”

“My parents don’t know I do this, to be fully honest. I don’t want to see a ‘senior moment” derail my plans, you know.”

“We live in a country where people will almost kill someone to get 25 percent off a TV on Black Friday. What are those people going to do when they need food to live?”

“I’m confident that, with what I have on hand, plus what I have reasonably easy access to, we could hold out for three months.

“That would be without a strict rationing, not starvation level stuff, just common sense, don’t stuff ourselves kind of attitudes.”

“By this time, next year, that will be a lot longer. I’m putting in a good-sized garden and we’re going to preserve a good amount of stuff.”

No Room at the Inn

“The whole premise of prepping is to be prepared. I can’t prepare for everyone. If you want in, you’d better bring something to the table.”

“Think about it. If I have enough supplies for 7 people for 3 months and a family of five shows up at my door, letting them in cuts our survival time almost in half.”

“I’m sorry, when you were watching TV or doing whatever you do, you should have thought about this. I’m not your babysitter.”

“Maybe that’s cold, but I’d rather be cold and alive that cold and in the ground.”

“I don’t care if you believe the death totals are way exaggerated or way under reported. The Chinese virus should be a wake up call.”

“It validates everything preppers say.”

“The initial projections were up to 4 million Americans would die, without full distancing. With distancing it was somewhere between 1 and 2 million.”

“People were freaking out. Some of them still are and guess what those people did. They went out and hoarded f---ing toilet paper!”

“If those projections would have been anywhere near correct, we’d have been locked, literally, locked in our houses and you’re worried about having enough TP to last 6 weeks?”

“That’s beyond stupid and stupidity kills.”

“Even the disinfectant stuff, I get that, but how long does a can a Lysol last? Not very long, but if you aren’t leaving, you don’t need ten of them because you are being exposed.”

“Soap and bleach were readily available for the first few weeks because a lot of people can’t remember how to wipe their walls down without a premade product. That’s scary”

“I remember seeing on a Facebook post, a woman needed bread. She couldn’t make her own because she had all her kids in the house and that takes hours, anyway!”

“I was like, really. If we can’t leave our homes, no one is bringing you bread. People made bread for years, every single day.”

“It’s said that in a lot of cases, the lucky ones are the ones who die during the event, because their suffering is so much shorter.”

“Trying to survive for weeks, months or possibly years after a mega disaster is going to change people. There won’t be any safe spaces or soy lattes to run to when someone gives you a dirty look.”

“If your girlfriend dumping you sends you into a coma or your internet taking a millisecond longer to load causes a seizure, how on earth are you going to handle hundreds of thousands, possibly millions of people dying?”

“If you’re 50 years old and living in your mom and dad’s basement, yeah, well, I don’t reckon you’ll be able to survive that trauma, let alone have the fortitude to kill someone to protect your family.”

“You have to be ready for that day to come. As odd as it may sound to you, those are situations guys like me play out in their head a lot. Not because we’re dreaming of it happening, but because we want to stay alive.”

“This is where preppers tend to differ, depending on circumstances. I’m not looking to go mobile unless I absolutely have too. I’d rather dig in at home.”

“It’s like a home field advantage in sports. It’s also difficult for me with up to seven people to go on the move. “

“Continuing to move means having to press your luck on shelter and similar things. I know how to build make shift shelters, but I’d rather stay at home.”

“I’m actually coming up with plans to fortify my house. Think Hurricane proofing, taken up a notch. One way in, one way out, type of things. I just haven’t told my wife, yet”

“Prepping isn’t hard. In a space the size of half a garage you can store a lot of food and supplies. Buy a little extra each time you go to the store and grow your stash.”

“Get a way to defend yourself you are comfortable with. Be it a bow and arrow, a rifle or a handgun and learn to use it. I have all of that and then some”

“Even if you leave it locked in the attic when you aren’t learning. It’s better to have it and not need it.”

“I’m not trying to scare anyone, just being straight. The apocalypse isn’t time for sugar coating stuff.”

The next time ANTIFA or some other group goes on a rampage imagine that being your town.”

There’s no such thing as under prepared.

*** Check back on Friday as we profile two more area men, readying for the same life altering event and examine their similarities, as well as their differences ***