With their jaw dropping come from behind victory against Fort Wayne Concordia on Saturday night, the Huntington North Lady Vikings secured their fifteenth victory of the season.

A single victory over the course of the season’s remaining games will give the two-time State Champion program its most wins since the 2005-2006 campaign.

On the surface, Saturday’s “never say die” conquest might easily appear to be the sole product of an offense that got scorching hot at the right time.

After all, the Lady Vikings did score the game’s final thirteen points, all in about two and a half minutes.

However, like most stories, there are two sides to this tale.

Prior to the net burning rampage that encapsulated the game’s final minutes, Huntington North had totaled just 8 points.

Concordia’s defense was solid and the good looks the Huntington offense was able to generate were met by baskets seemingly determined to ignore the knocks of an unfamiliar team.

So, how does a team play over 29 minutes, score only 8 points, and still have a chance to win the game?

Shifting away from a traditional style of man to man defense, Coach Hinds deployed a team-oriented man to man, commonly known as the “Pack Line”

Pioneered by Dick Bennett, who coached his way to nearly 500 career victories, including over 300 wins at the NCAA Division 1 level, the Pack Line relies on prepositioned defenders, communication, hard work, patience, smarts and the unwavering ability to trust your teammates.

When asked to sum up all those things and describe the Lady Viking defense, junior guard Reece Colclesser simply said “believe”.

It’s a mantra that is stressed by Coach Hinds and one that has been openly embraced by the team.

If adversity strikes, stay together and over come it.

Or, as fellow junior Addison Dennis puts it “Always stick together as one and keep grinding. Find a way to grind it out”.

That culture of believing and grinding has fit the Lady Vikings like a custom tailored suit.

Entering Saturday night, Huntington North was allowing a measly 30.1 points per game, ranking them as one of the top five defensive teams in the entire state.

As the contest with Concordia approached its fairy tale ending, the Lady Vikings had surrendered a mere 19 points. 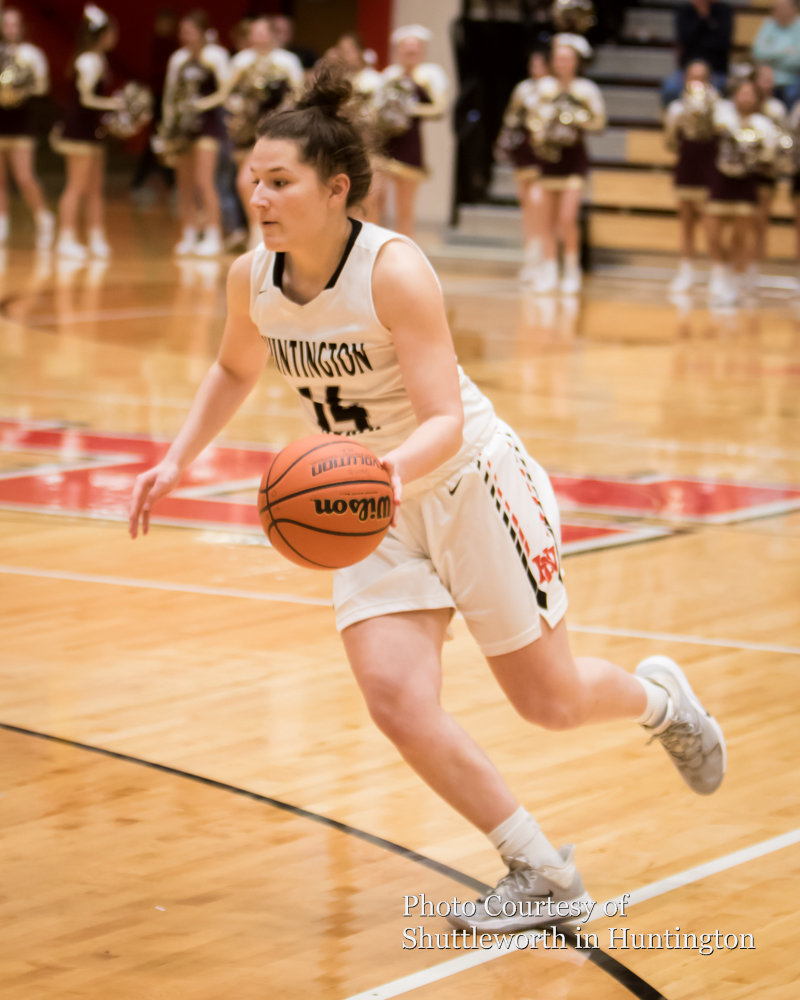 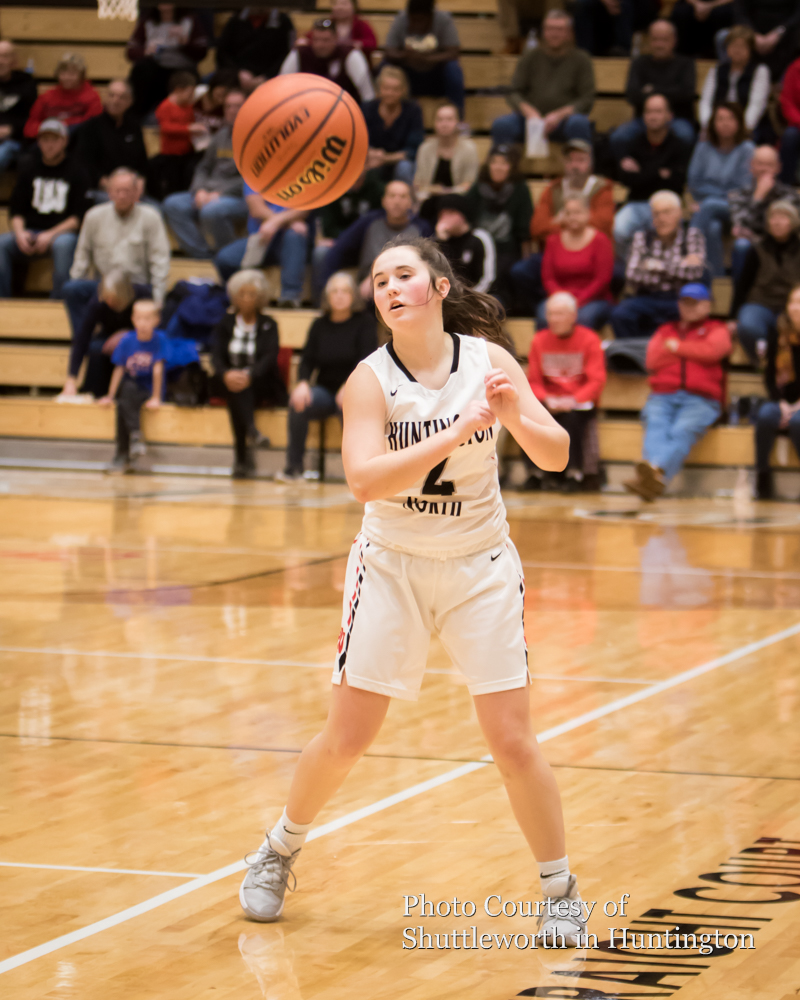 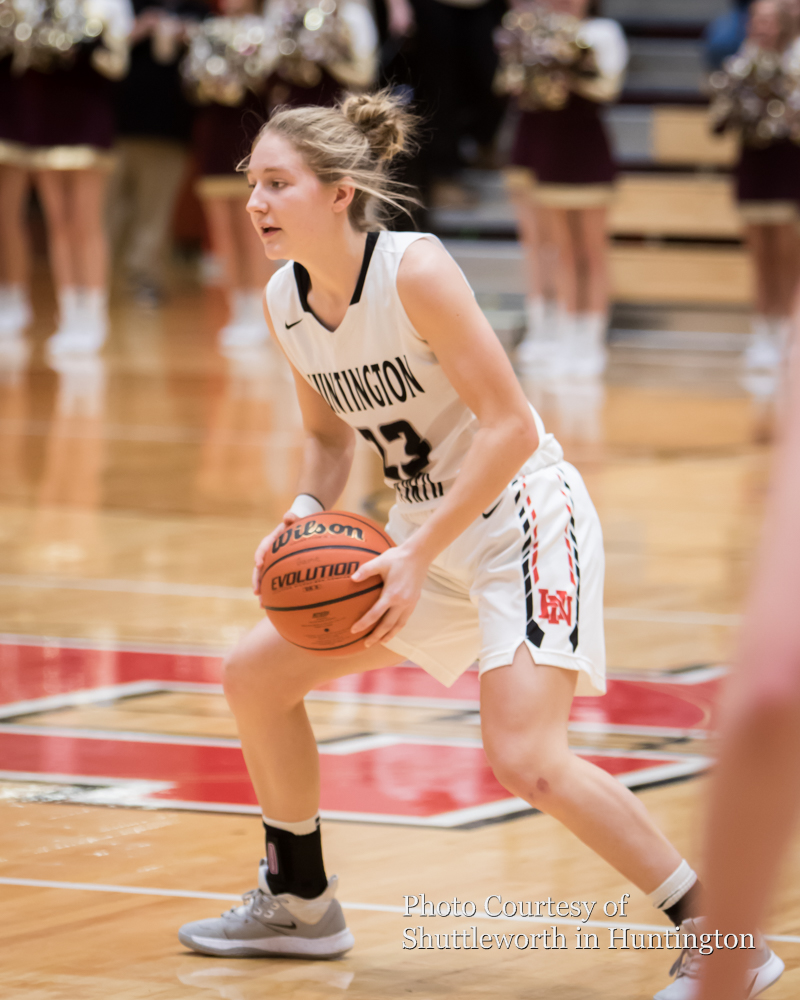 They would not permit a single added tally to be recorded on the Concordia side of the ledger for the remainder of the evening, setting the stage for their comeback.

In a fitting twist of poetic justice, following a deep three pointer from sophomore Leah Campbell gave Huntington North its first lead of the game, at 21-19, the Lady Vikings turned to their defense to drop the final curtain on their captivating performance.

The defense, which Campbell characterized as “fearless”, was up to the task.

As Concordia’s desperation three-point heave bounced off the rim and into the hands of Huntington North’s Taylor Double, the Lady Vikings celebrated like the cast of a Hollywood blockbuster following a record-breaking opening night.

There is an adage that says, “Offense puts fans in the seats, but defense wins games”. There is, perhaps, not a truer student of this philosophy than the current Huntington North team.

After Saturday’s victory, which served as an encore to a 21-16 win at Bellmont on Friday, the Lady Vikings have held eleven of twenty opponents to less than thirty points.

Six of those eleven teams have failed to surpass the twenty-point mark against the stifling Huntington North opposition.

As Coach Hinds works to return the storied Lady Viking program to its rightful place among the elite of Indiana high school basketball, there will be games when bounces will be unkind, rims will be tight and shooters will go as cold as the state’s winter nights.

However, Huntington North fans should rest easy knowing any time their favorite team’s game needs a little extra heat, the state’s new number one ranked defense (29.55 points allowed, as of January 26th) will be there to start the fire.

Huntington North travels to Fort Wayne South Side on Tuesday, then returns home to face DeKalb on Friday.

Friday’s game is also Senior Night for the Lady Vikings. Huntington North seniors Meg McDonald and Bayleigh Double will be honored prior to the start of the night’s varsity contest.