Jon worked a handful of jobs, over the years, before finally found one he could call home. After spending time with Eco Lab, Shuttleworth and C & R Plating, Jon landed a custodial position at Huntington North.

Jon has Huntington red and black running thru his veins.

While it’s not a “glamorous” job and tends to be one that outsiders never notice, until something goes wrong, it’s one Jon enjoys, even through the long hours.

Setting up for athletic events, then tearing down and cleaning up after those events take up a lot of Jon’s time, but his duties aren’t limited to those activities involving bouncing balls and official’s whistles.

The Huntington North field house plays hosts to numerous non-athletic events, many of which are conducted by organizations outside of HCCSC.

That means, be it a weekday or a weekend, someone has to be there to turn on the lights, fire up the heat and lock doors, afterwards, as well as making sure things remain tidy for the next day or week’s classes. 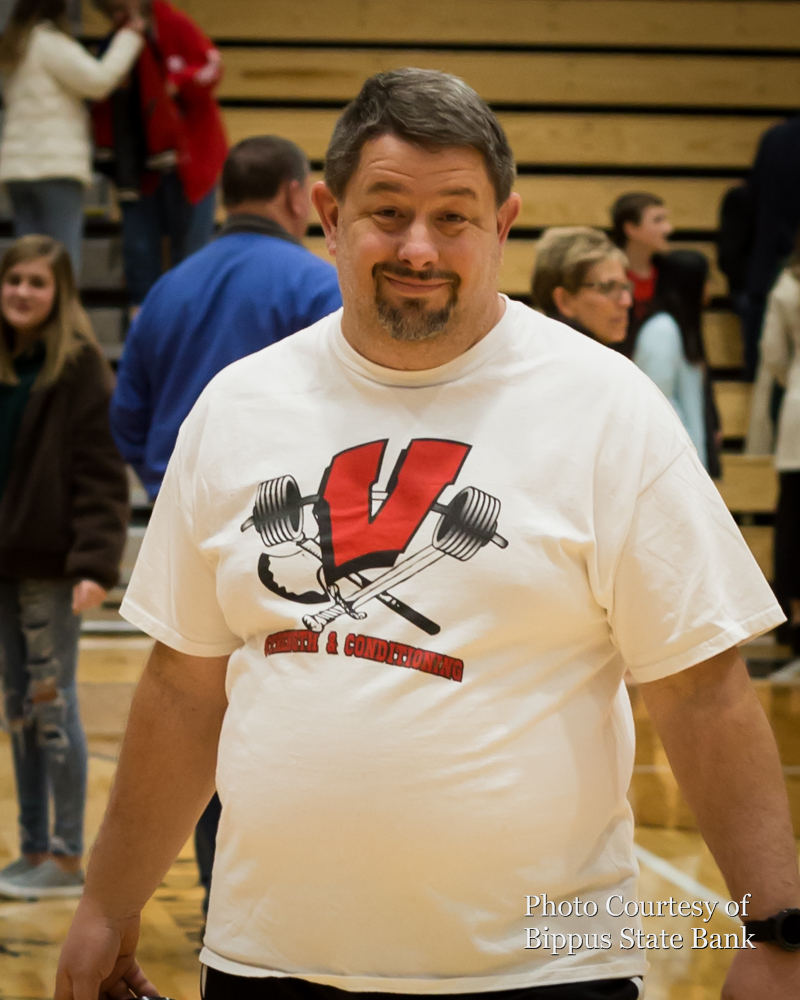 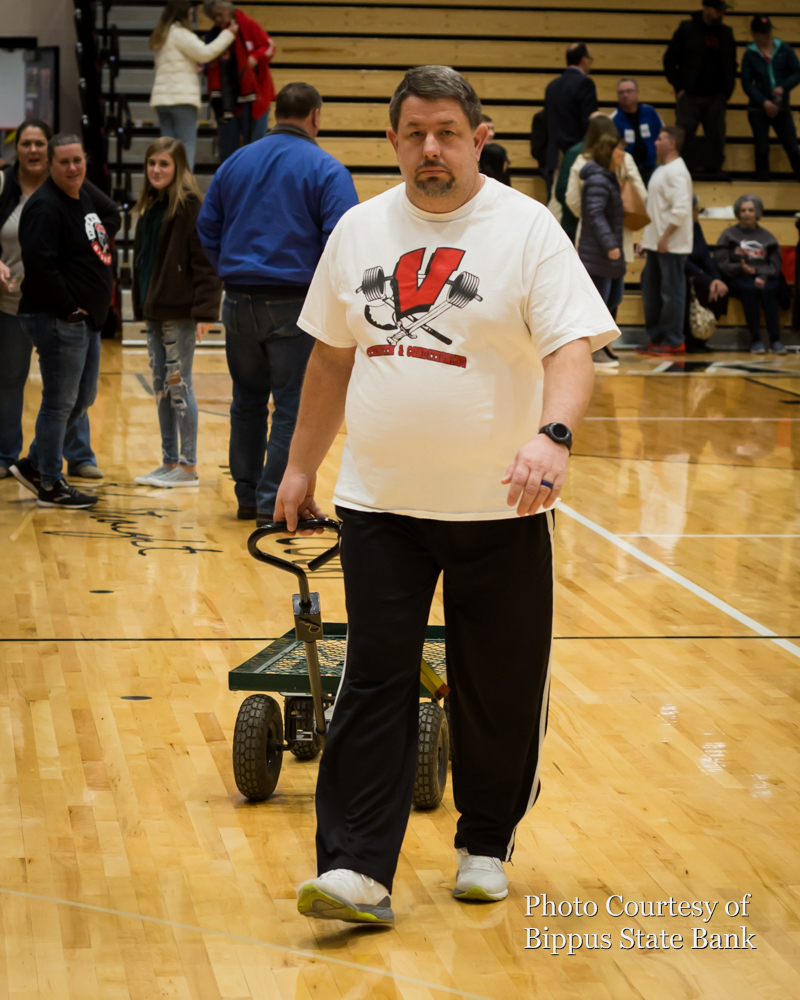 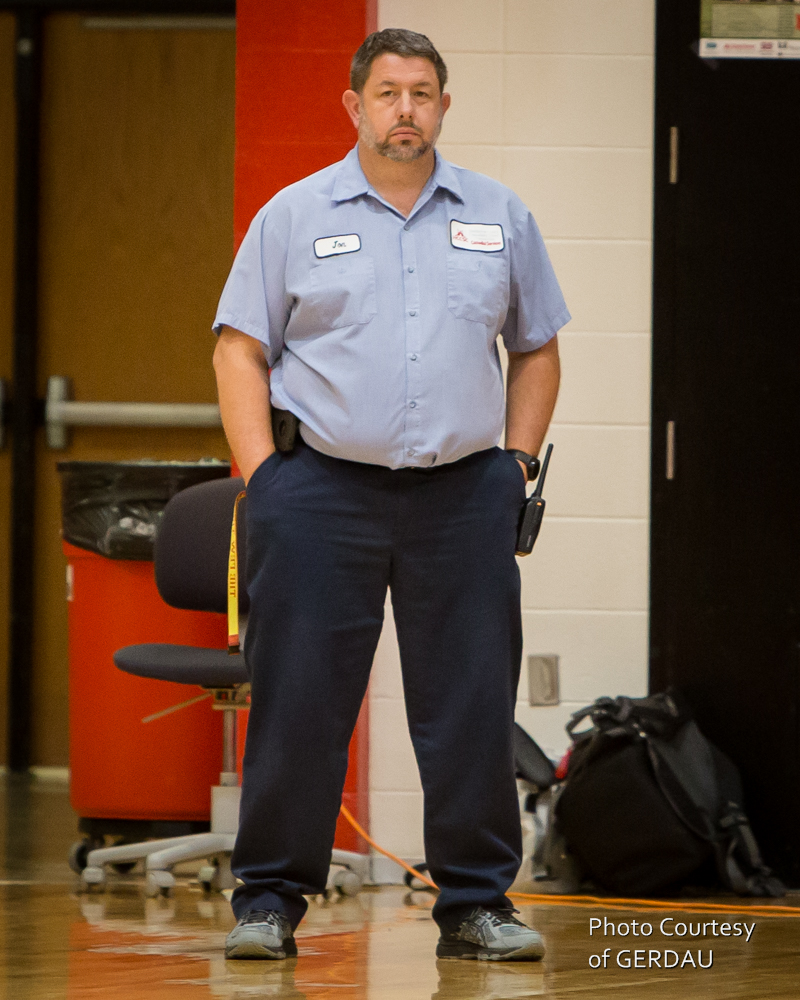 Jon and his wife, Tammy, have five children and three grandchildren. Spending time with them is always a priority, as well, including making routine visits to Cincinnati, where two of the grand kids reside.

While a trip to the Grand Canyon is high on Jon’s list of places to visit, he has one other trek that is taking priority.

Since an early age, Jon has always known he was adopted. A few years ago, avenues for his to obtain his birth certificate opened up.

About a year ago, Jon completed the process and has since discovered he has a brother and five sisters he never knew about.

All of those siblings, with the exception of the sister, currently live in Arkansas.

Jon and his wife will be traveling to Arkansas to meet them. Along with their families, for the first time, this summer.

Meeting Jon’s sister required a little less planning. She’s a Huntington resident and as Jon says he “must have driven by her house a million times”, without knowing it.

While it may seem, all of Jon’s waking hours are accounted for, he finds time to volunteer with the Huntington County Sheriff Department’s Disaster Team, something he’s done since he was 18..

It’s a service his parents, John and Charlene, give to the community, also.

Make no mistake, the giving has been a two-way street for Eddingfield, as spending time helping Huntington’s residents on the Huntington Co Disaster Team has given him some of his favorite memories.

It’s a service his parents, John and Charlene, give to the community, also.

Make no mistake, the giving has been a two-way street for Eddingfield, as spending time helping Huntington’s residents on the Huntington Co Disaster Team has given him some of his favorite memories.

On top of going through training to learn how to rope rappel, an experience, that as Jon happily recalls, had him hanging on the side of a three-story building, “with my camera in hand”, he spoke fondly of an experience he and his father shared, one that is sure to take it’s place in family history.

Some years back, he and his father were working a flood, assisting people with evacuation of their homes

With the two men standing in chest deep water, Jon’s father decided to return to their truck and bring it closer to the scene.

As John turned to walk away, his son tried to catch his attention.

When the younger Eddingfield pivoted, his father was nowhere to be found.

A few seconds later, dad bobbed to the surface. He had stepped in a manhole, the lid removed by the water’s current.

Jon looked at his dad and remarked “Never mind, you found it”.