No stopping this young lady, she sees the best in Huntington and makes it even better. 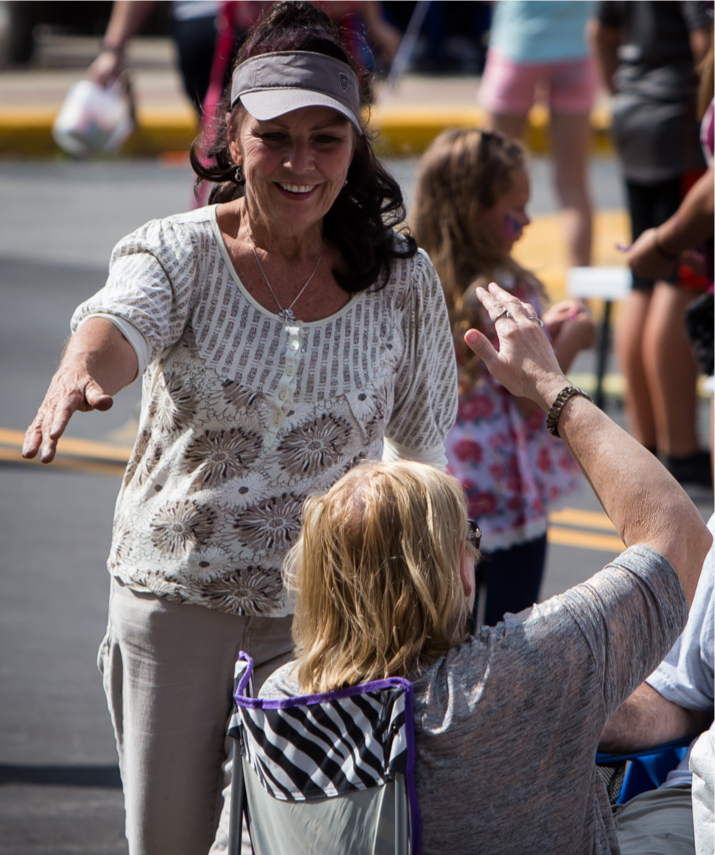 Pam Burris has worn many different hats over the course of her 66 years. From serving customers as a retail employee to spending her days under the cover of a painter’s smock, Pam has given true meaning to the phrase “variety is the spice of life”

While the means to make life’s ends meet may have changed from time to time, the heart of the girl, whose life those ends encompass, has remained the same.

Pam grew up admiring the hard work and accomplishments of those around her, but never felt the longing to be like anyone other than herself.

The desire to clear her own path carried into her and through her adult life.

In a day and age where the anonymity of the internet has made it even easier for people to be hyper critical of their community, Pam has taken the opposite approach.

Burris has chosen to not only accentuate the positive, but to helping solve any problems she encounters. 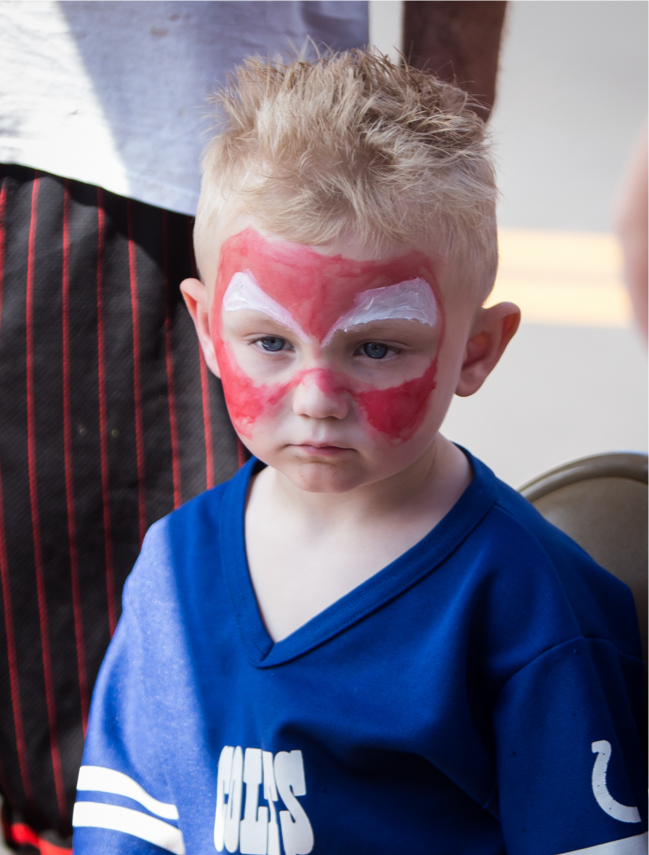 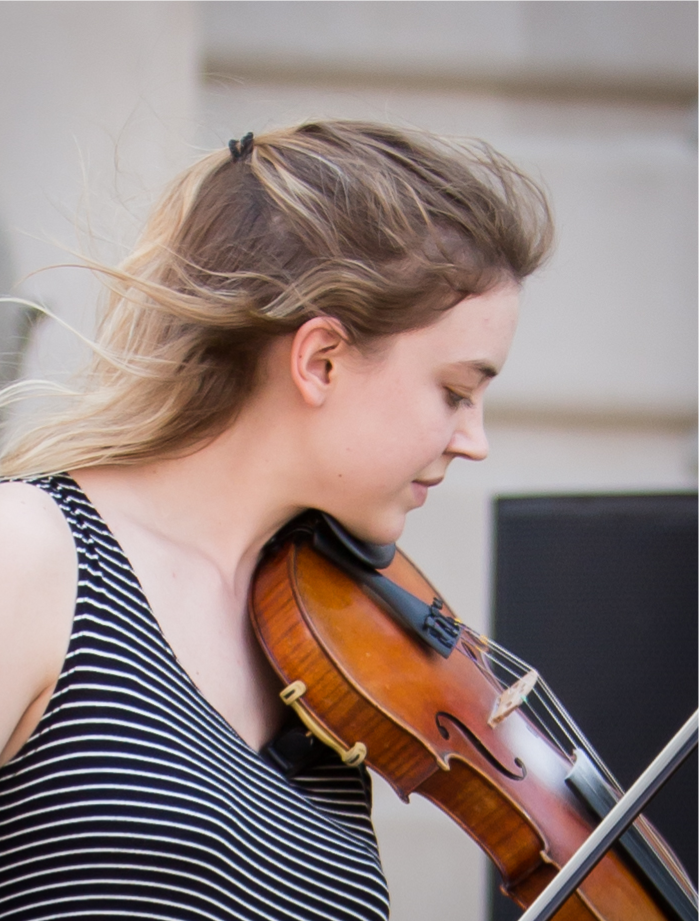 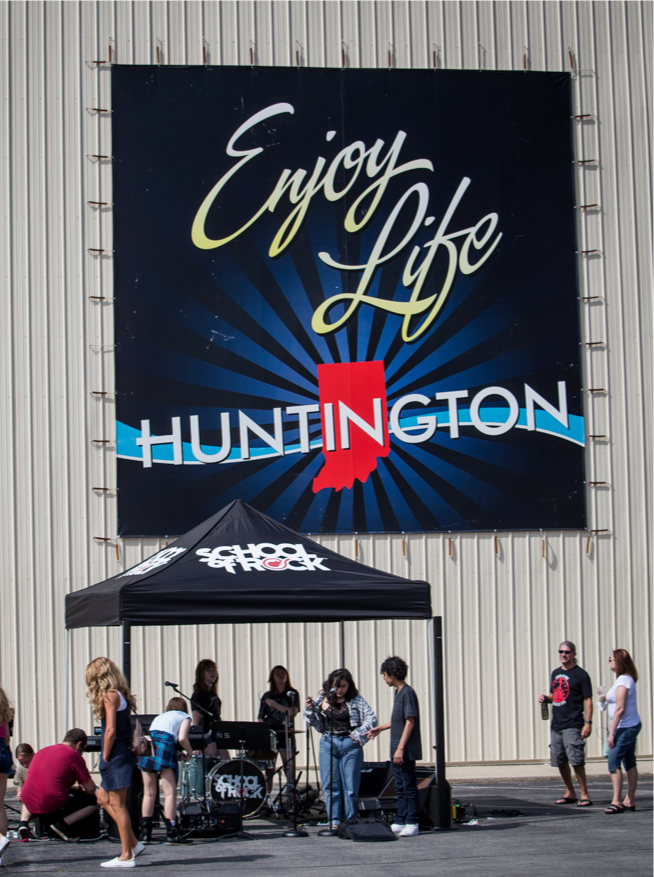 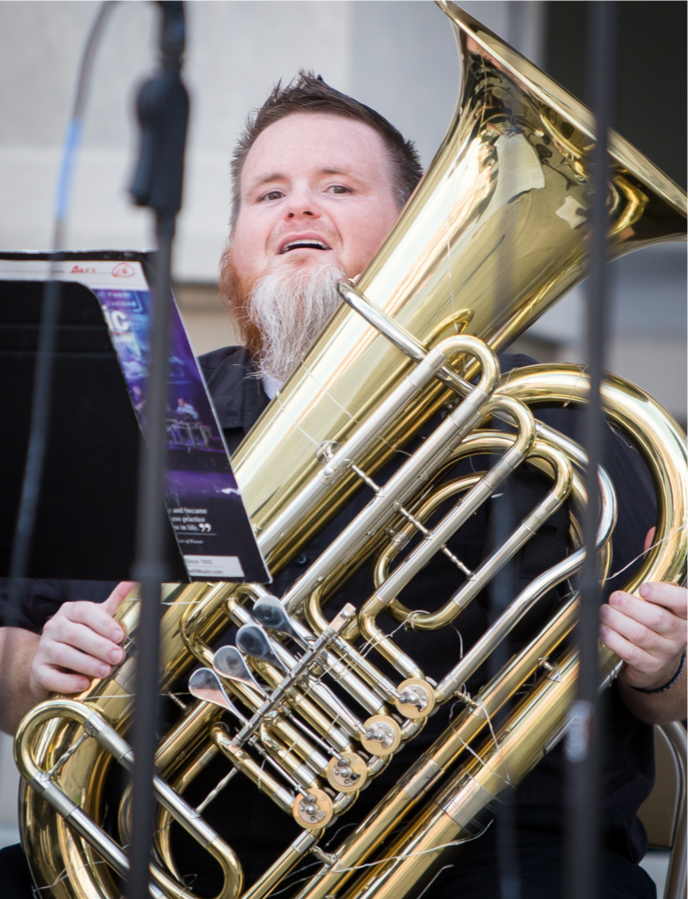 From the 2019 Huntington Chalk Walk

Seizing on her love for photography, Pam stages photoshoots at local attractions, such as the Sunken Gardens of Memorial Park.

The shoots are often given a theme, like “The Roaring 20s” and are open to anyone wishing to participate.

On top of walking away with a treasure trove of free photos, Burris notes “a lot of people have become friends” after meeting at one of the shoots.

Make no mistake, Pam is not your run of the mill photographer. A picture of her granddaughter, Lyriel, recently captured first place in the LaFontaine Art Show.

In fact, her entry was so well received, PBS39, Fort Wayne’s local PBS affiliate, contacted her to schedule a December meeting to discuss her winning entry.

Burris doesn’t limit her artistic talents to those shoots.

She enjoys traveling the county to capture photos and videos of Huntington’s residents, festivals and happenings, posting them on social media sites, such as YouTube, to highlight and promote the community she calls home.

The chalking talent was evident

Burris is also the organizer for Huntington’s Chalk Walk, which began three years ago after an imagination spark from Burris.

While attending the annual Music In The City event, Burris took chalk for the children to draw on, sort as an extra layer of entertainment.

Seeing the children indulge themselves in their sidewalk drawings, Burris thought “wouldn’t it be great” if we could do this as a community.

After speaking with some friends, she discovered, while her idea wasn’t brand new, the communities who already had Chalk Walks in place were having major successes with them and forged ahead. 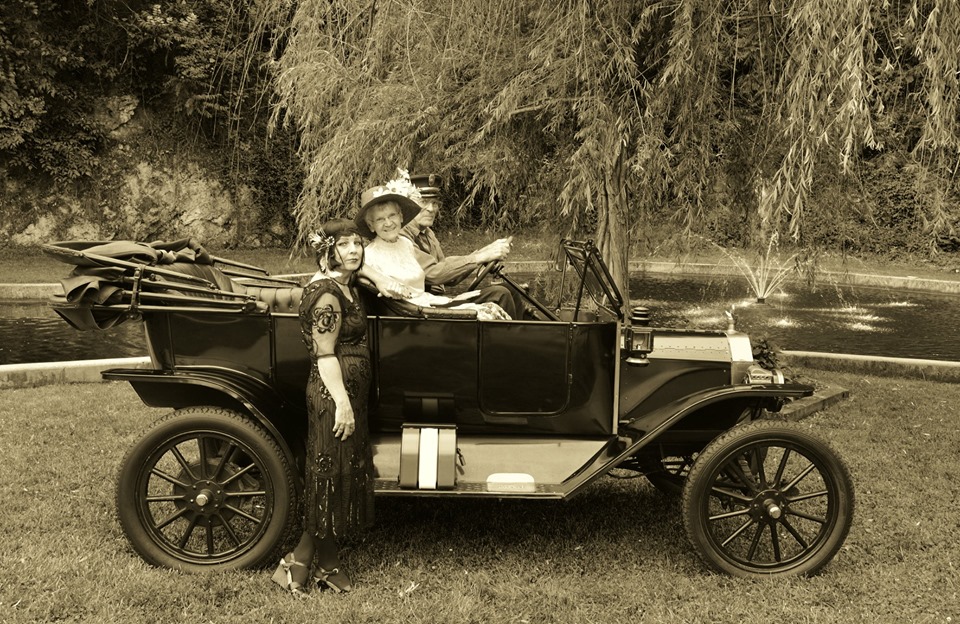 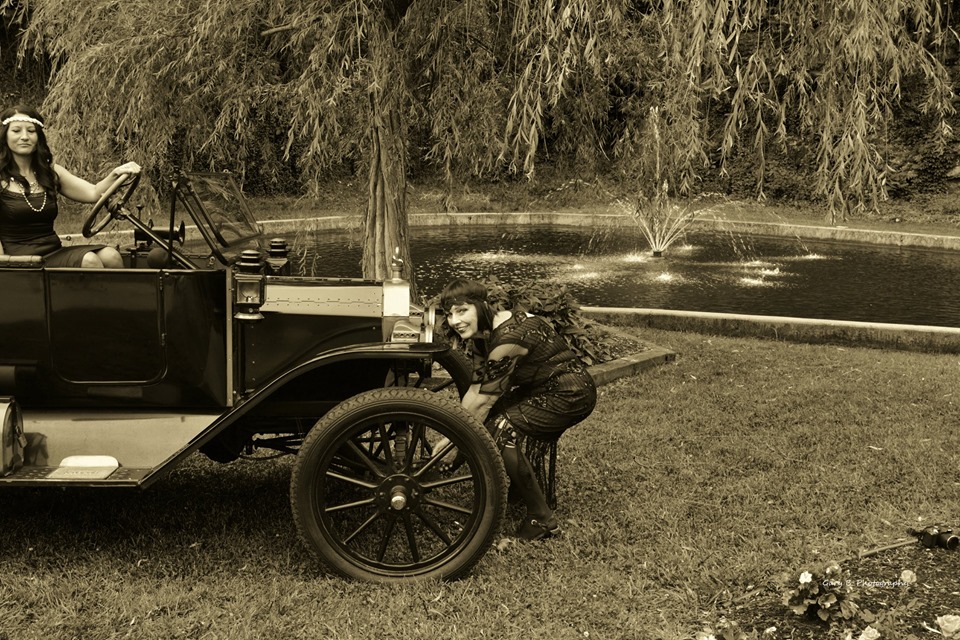 Three “Walks” later and the festivities have grown to include appearances from local bands, fiddle players and other guest stars.

Burris has no plans pull back on the reigns of the Chalk Walk. She’s brainstorming ideas to expand the fun and draw even larger crowds.

If possible, for next year’s event, she’s like to add a larger canvas for the artists.

She pictures a temporary wall of some sort, where three or four of the more experienced chalkers would be able to collaborate on a mural, perhaps focusing on a time or event in Huntington’s history.

Between now and then, there won’t be any grass growing under her feet.

Last year, saddened by the number of nursing home residents who have no family to visit them, especially during the Christmas season, Burris teamed with her friends to prepare, bake, wrap and deliver food items to as many of those residents as possible.

She and her helpers plan to return to their kitchens again this year. If things work out, they’d like to expand the amount of people they reach and welcome anyone who would like to participate by helping with the baking, delivery, etc.

Throughout all she does, Burris never seeks recognition, attention or even a thank you. In fact, she was hesitant to speak with us, shying from the spotlight and epitomizing the true spirit of