There is no truer testimony to that philosophy than the hallways that ring the entrance to North Arena.

Adorned with snapshots of former Viking athletic greats, those corridors stand as a timeless reminder not only of what once was, but also of what could be.

Amidst those pictures sits the image of the class of 2016’s Hannah Stoffel.

A soft spoken but ultra-cunning play maker, Stoffel prospered during her four-year stint with the Lady Viking basketball program, grabbing a pair of All-Conference nods along the way.

It was off the hardwood, on the slopes of the Huntington North cross country course and inside the lanes of the school’s track where her exploits reached Ruthian stature, however.

As a four-time state qualifier in cross country and a four-time All-State pick in track, as well as being named an Indiana Track All Star, Stoffel completed her Viking career as one of the most decorated runners in school history.

Trading in the red and black of Huntington North for the cream and crimson of Indiana University, Hannah took her fleet feet south to the Division 1 Bloomington campus.

Accompanying her was a level of familial support that would make most athletes green with envy.

Speaking of her grandparents, Stoffel said “We’d be in different states and they’d come. Like Tennessee or Michigan, just to watch me race for five minutes and then have to drive all the way back home.”

The support helped fuel an Indiana career that included an appearance in the NCAA National Cross-Country Championships during the 2018-2019 season.

While she’d found athletic success under the lights of division 1 athletics, Hannah missed the feel of running for her hometown.

Prior to the 2019-2020 season, Stoffel transferred to Huntington University, becoming an instant hit with the Forester running programs.

In the fall of 2019, she brought home the school’s first individual national title in cross country, by crossing the finish line a whopping 16 seconds ahead of her nearest competitor.

That dominating performance had a large hand in Stoffel being named Great Lakes Region Cross Country Athlete of the Year.

The best was yet to come, however, as the Foresters headed into their indoor track season.

Paced by Stoffel, who would nail down a second Athlete of the Year honor, the Huntington University women became the first team to capture a national title in any sport.

The championship hardware didn’t come without a fight, though

After securing an individual title in the 800-meter run, Hannah placed a disappointing (to her) third in the 600-meter race.

“I was pretty upset after that”, she remembered.

With the road to a team title seemingly blocked, the HU squad received the break it needed, as preceding races “unfolded differently than what we thought” they would, according to Stoffel. 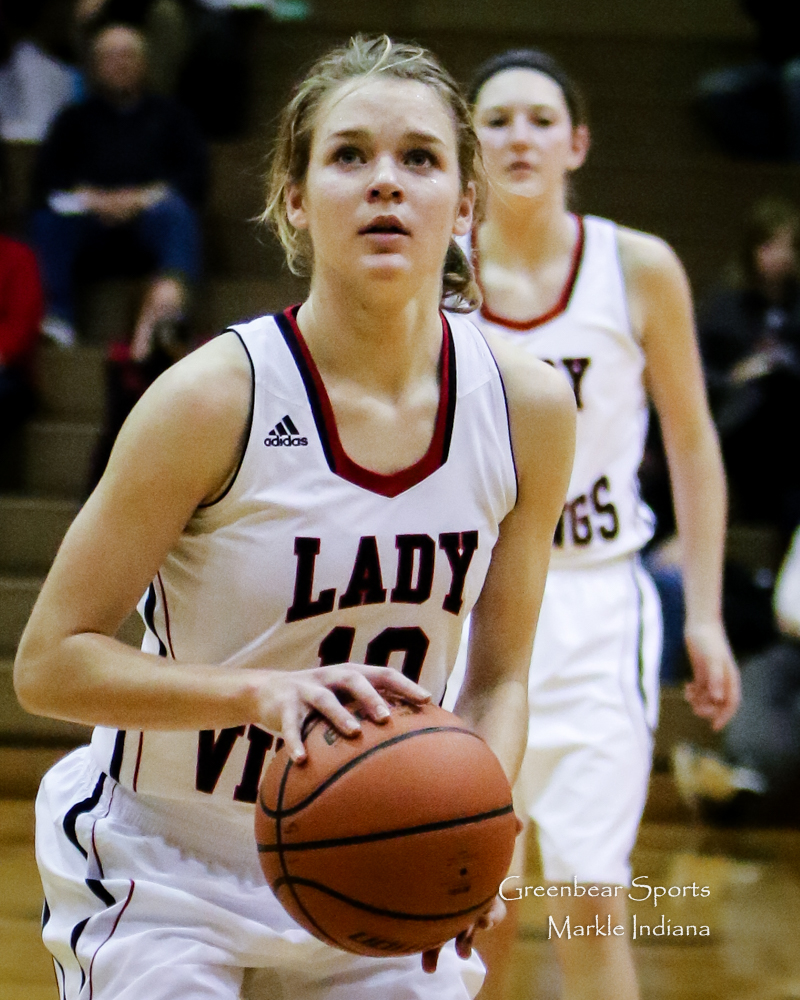 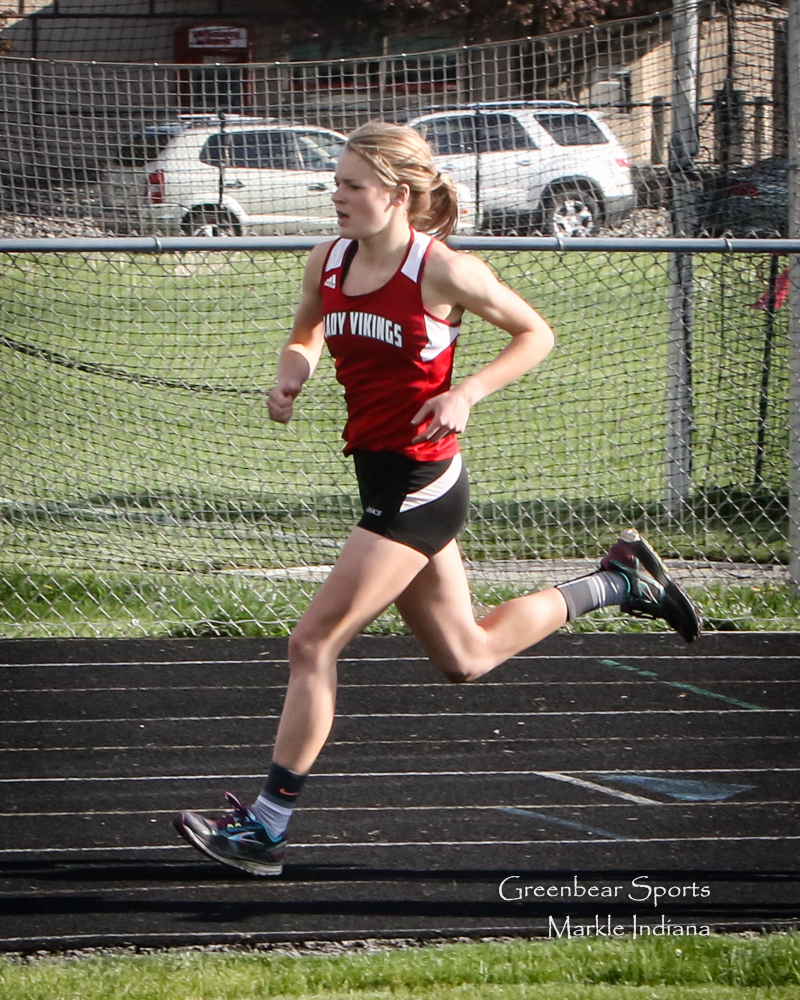 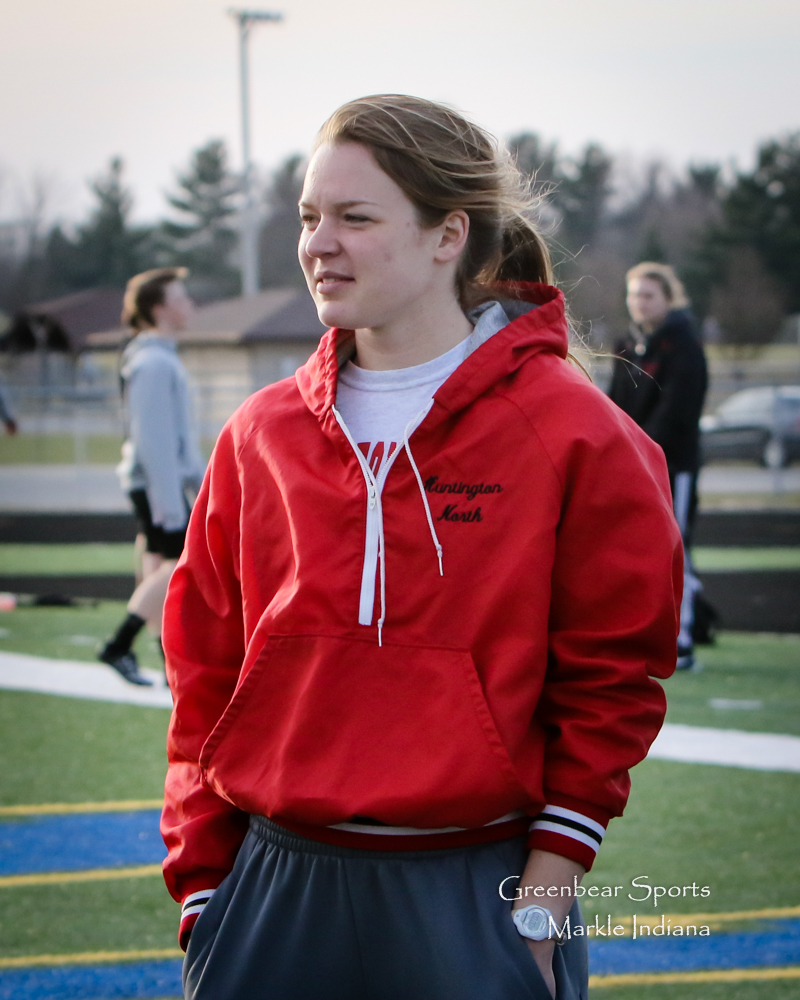 As her distance medley team prepared for the meet’s final race, Stoffel and her teammates were still in the hunt, needing a top four finish to grab the title.

Be it a miscalculation or an undercover motivational tactic, Hannah recalls her coach telling us “we had to win” to bring home top team honors.

With the extra nervous adrenaline racing through their veins, the HU relay squad took early command of the race.

As the anchor of the relay, Stoffel had the opportunity to watch her teammates run and saw “how much they wanted it’, before taking the baton to run her leg.

With “just a few laps separating” them from a national title, Hannah took over for the final mile of the race.

Finishing the run in a blue-ribbon time of 11:46.71 locked up the national crown.

With the outbreak of the COVID-19 virus placing any plans for an outdoor season encore on hold, Stoffel, who is contemplating pursuing a career in running, has seized the opportunity to step up her training.

She’s also continued to soak up the advice of another former Huntington North and Huntington University elite and current professional runner, Lauren Johnson.

Johnson, the only Forester athlete to earn NAIA All-America honors in three different sports - cross country, basketball and track, was inducted into the University’s Hall of Fame in 2015 and currently serves as an assistant coach for the women’s cross country team.

Hannah and her mother Annette

her new coach was about more than times and trophies.

Stoffel revealed “I’ve never been mentored in the way that she’s mentored me” and “She really showed that she cared more about me . . . more than just being an athlete, she cared about me for being a person.”

As she eagerly awaits a return to competition and the camaraderie of her teammates, Hannah Stoffel’s story stands as a testimony to the mantra of yet another fictional hero “there’s no place like home.”