Former Wells County Sheriff Monte Fisher no time for boredom with grand kids and the Mrs.

It was the spring of 1968. At home, Monte Fisher was preparing to graduate high school. Abroad, the war in Vietnam raged.

Knowing that it was likely just a matter of time before his draft number was called, Fisher decided to take fate into his own hands.

Enlisting, immediately after high school, as opposed to waiting to be drafted, would give Fisher control over which branch he served in.

He’d grown up with an admiration of the Marines, making his choice a rather easy one.

While enlisting gave him some semblance of control, nothing could prepare Fisher for the shock of marine boot camp.

Fisher headed to San Diego, for basic training, in November of 1968.

Before he was even off the bus, the instructors were in his ear. Fisher quickly learned that “in your face” mentality the Marine Corp was known for was no joke.

It was sort of a controlled chaos that Fisher compared in a “very realistic” way to the opening sequence of the movie Full Metal Jacket.

His first day in San Diego saw Fisher issues his fatigues, cap, sweatshirt, etc. He also received a round of shots and got that ever famous military haircut.

The next week, was spent learning how to march and getting accustomed to there being a second recruit with the last name of “Fisher”.

At mail call, both men were expected to report when “Fisher” was called out, with the stipulation that if you were the wrong guy, you had 100 “up and overs”, sort of a calisthenic with your rifle, coming.

The physical conditioning of camp would have a deep impact on Fisher.

Reporting to camp at 274 pounds, Fisher was strong, but “couldn’t keep up” with the other recruits.

He was placed in a special conditioning platoon for the next nine weeks, extending the normal boot camp stay by an additional two weeks.

That extra time and meals that Fisher says had “Jenny Craig beat all to heck” transformed him.

Even though Fisher had volunteered to be sent to Vietnam, he wound stationed off the coast of Alaska in the Aleutian Islands.

To this day, he’s not sure why he wasn’t sent to Nam. His best guess is that his MOS (Military Occupational Specialty) classification as an Artillery Forward Observer, which involved calling in artillery and air strikes, was “maxed out” in the theater.

While not a familiar name to most, the Aleutian Islands had significant strategic values to the US military.

In June of 1942, Japanese forces had taken positions on two of the US owned islands.

The battle to take the islands is widely believed to have been a diversionary tactic by the Japanese military, in efforts to distract US forces while the Japanese attacked Midway Island in the Pacific.

The Islands also sit is close proximity to Russia. Then known as the USSR (Union of Soviet Socialist Republics), Russia was an ally of North Vietnam and staunch enemy of the US.

At the height of the Vietnam War, the thought of a possible invasion by Soviet led forces, via Alaska was a common one.

The Aleutians also attracted a couple of intriguing visitors during Fisher’s time there, as two North Korean fishing boats strayed into US water and were escorted into the base’s harbor by the US Navy.

In January of the previous year, North Korea had fired upon and captured the USS Pueblo, eventually holding its crew captive for 11 months.

Needless to say, the climate of the islands was much difference than that of San Diego or even Indiana, providing a unique obstacle all its own.

In fact, Fisher vividly recalls the high temperature of his tenure being a whopping 45 degrees.

While not ideal, the conditions did provide their own source of rest and relaxation. Fisher chuckled as he fondly recalled his off duty attempts at learning how to snow ski.

Fisher went on to serve three years in the Marine Corp, leaving as a Corporal.

His military life was not over, however. He would later serve another 6 years in the Indiana Air Guard Reserve and rise to rank of Captain.

On top of nearly a decade of service to his country as a member of the military, Fisher served Wells County as part of the Sheriff Department for 40 years, including two terms as Sherriff.

After being called to a fatal traffic accident involving a small child, early in his law enforcement career, Fisher felt compelled to seek out the medical training needed to become part of the country EMS teams, as well as the Uniondale Fire Department, for which he still serves.

That compulsion was a wise one, leading to Fisher being involved in “5 or 6” calls that involved successful uses of CPR.

While a life full of experiences has left him with “no regrets”, Fisher spoke to us candidly about the one “haunting” memory he does have.

Fisher, a deputy at the time of Sheri’s death, recalled Herr winning Miss Congeniality in the local 4-H Queen contest, earlier that year and expressed hope the still active investigation will eventually find the person responsible for her murder.

After all of his years of serving the local community, it would come as no surprise if Fisher decided to slow down a bit.

However, he’s having none of it.

In true Marine Corp fashion, Fisher is still going strong. On top of his service with the Uniondale fire department, Fisher works ON the security detail for the Wells County courthouse.

Once a Marine, always a Marine. 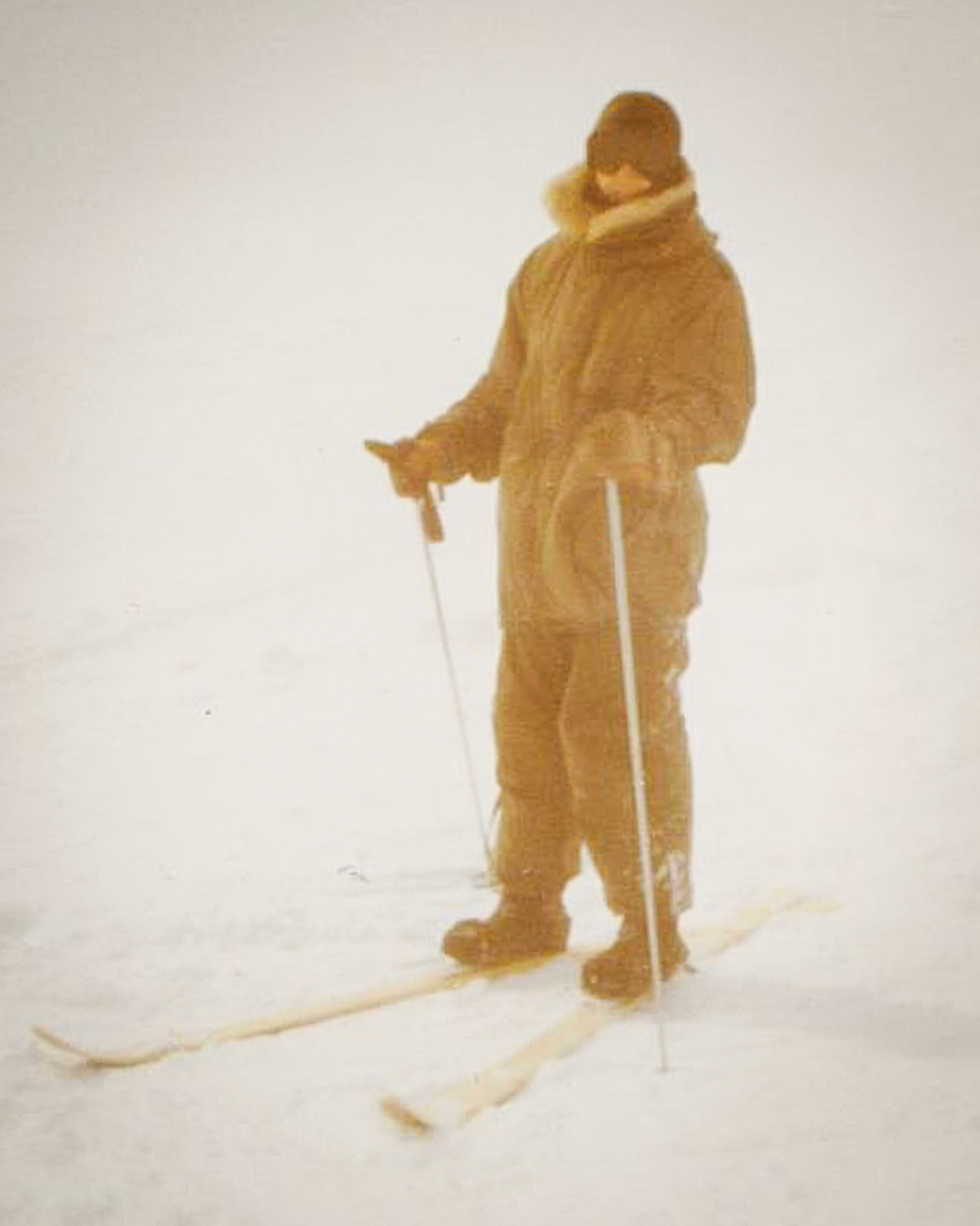 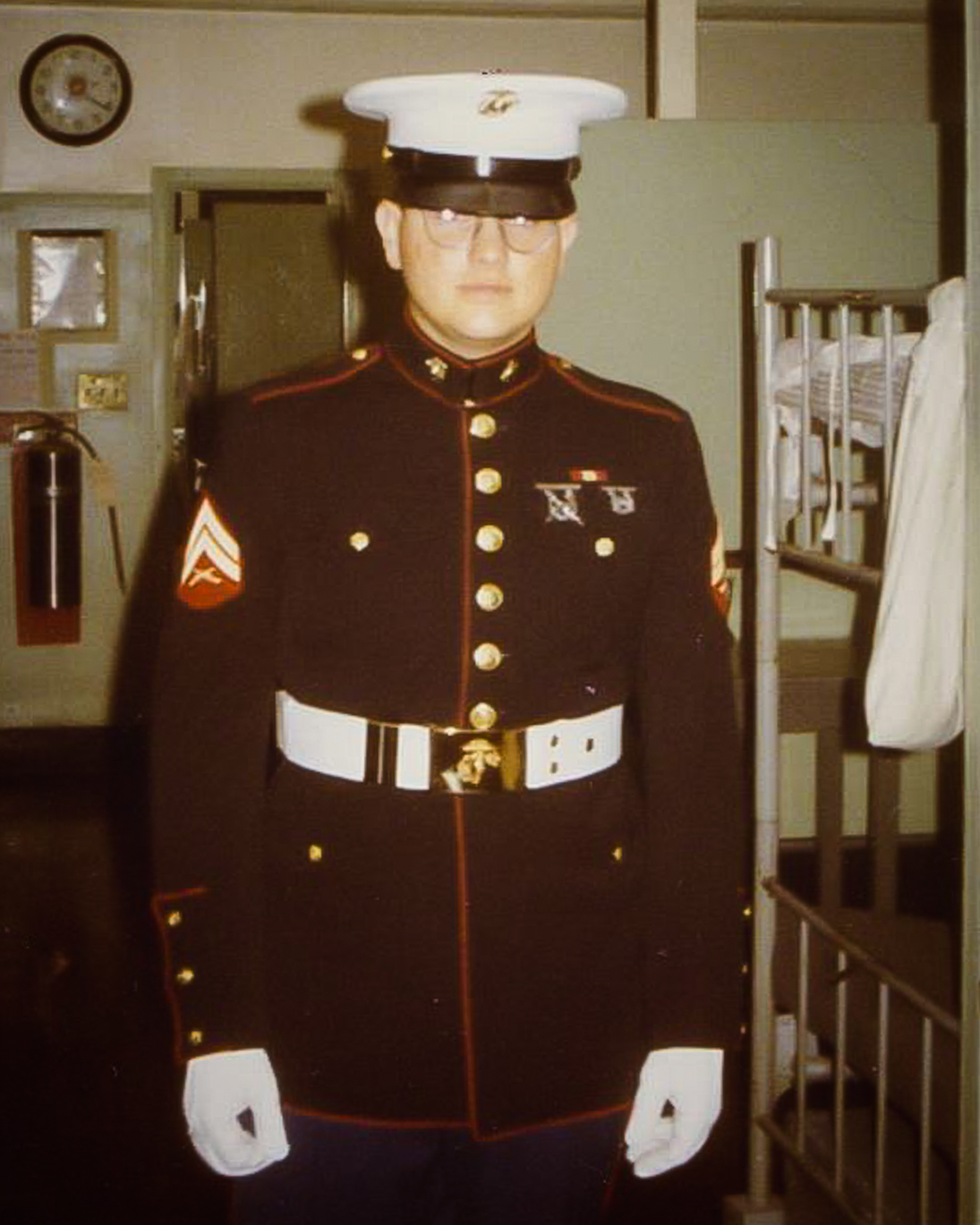