COVID19 and area Preppers why they do it.

We continue our profile of area preppers, with a look at the psyche and motivations of two area men, both fortifying themselves to stand tall in the aftermath of the same disaster.

As with most who practice prepping’s craft, both wished to remain anonymous.

Paying homage to a couple of history’s most revered preppers, both fictional and real, our subjects settled on the monikers of “Grizzly Adams” and “Davy Crockett”

Davy, in his mid-50s, resides in the middle of a small town that is reminiscent of TVs’ Mayberry.

Grizzly is about a decade younger than his prepping counterpart and hails from a faded little map dot that makes Mayberry look like New York City.

Grizzly: “A prepper is someone who’s prepared for the worst-case scenario. Someone who is trying to have forethought. It’s about taking care of my family.”

Davy: “A prepper is someone who prepares for a situation of the worst kind. Now for me, I’m preparing for the worst kind of disaster because it covers all of the ones at the same time.”

Grizzly: “Five people, including my wife and son who live with me and two other adult children who live nearby.”

Davy: “I’m readying for my son and one other, so three people total.”

Davy: “The thing I fear the most is an EMP, which is an electromagnetic pulse. I think it’s called a Coronal Mass Ejection, where it shoots out a bunch of stuff from the sun.”

“I don’t need to know what it’s called. I just know that it can happen.”

“So, I’m prepping to be able to take care of myself and my family when I know I’m going to have no assistance . . . and it could be years, or it could be forever.”

Grizzly: ‘Worst case scenario in my mind, would probably be a nuclear attack, but, probably, most realistic would be an EMP attack.”

An Electromagnetic Pulse is a large wave of radiation.

While an EMP does not directly harm humans, it wrecks havoc's with power lines, conductive materials, electronics and induces power spikes.

An EMP, on a grand enough scale, could knock out power grids across the country, along with disabling computers, electronic ignition system, aircraft control systems, generators, televisions, and telephones.

In 1859, a large flare, witnessed by Richard Carrington struck the earth. Telegraph systems were rendered useless and some operators suffered electric shocks.

The damage was spread across North America and Europe.

If an event of similar magnitude happened again it would likely cripple the impacted area’s ability to function, due to society’s dependence on the electrical grid.

Preaching to the Choir

Davy: “Any prepper out there is already ready for this. That’s why you see a lot of people wonder what’s the big deal.”

“Think of what the Corona virus has proven. It’s proven people are going to be hysterical.”

“Look at the shelves. The shelves are being depleted. If you take the scare that is happening right and you add in one teeny little twist and make this fatal to anyone who gets it, there’s a huge problem now.”

Grizzly: “When I look at people hoarding toilet paper, those are probably the people who will die first, if it really hits the fan.” 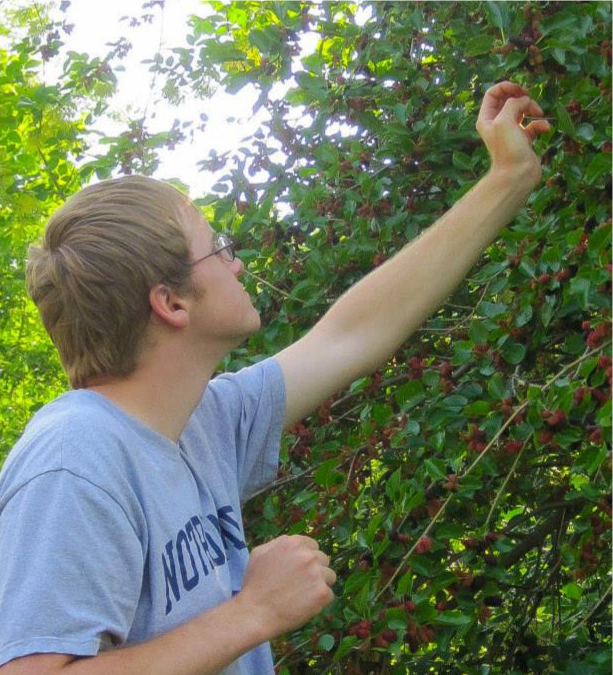 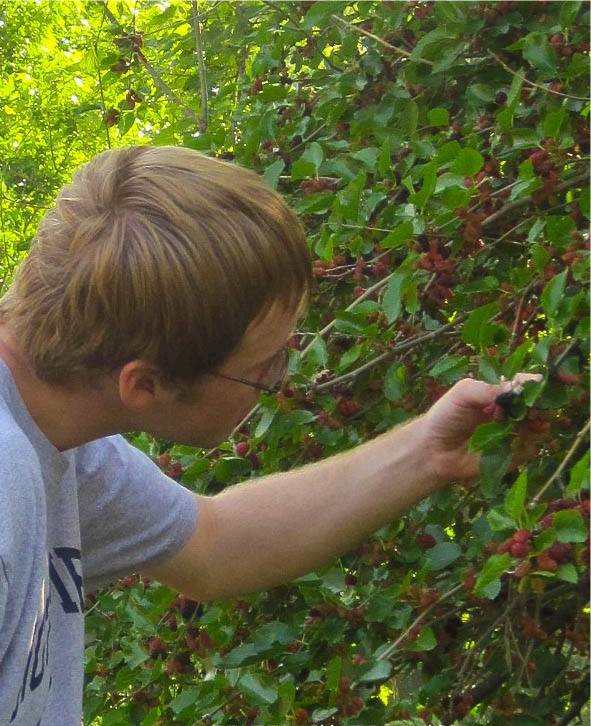 Davy: “My number one goal is to have enough food and materials to last me for at least two years.”

“We keep about 100 pounds of rice and roughly about the same thing in beans.”

Grizzly: “Without leaving the house, we could go six months. We would have to ration and stuff like that, but I’m stocking up to do a lot of canning.”

“Canning meat is something I’m going to do this year. Most people freeze or refrigerate their food. In a EMP situation, your frozen meat supply isn’t going to last.”

Davy: “We’re going to breed rabbits. If you get two or three breeding pairs, you can feed a lot more than a family of three for a year.”

Grizzly: “Goats are relatively hardy. If I had to pick an animal to raise, because they’re small . . . possibly a goat.”

Although, “If you have a handful of birdseed and a net, you can sit and collect sparrows all day.”

Grizzly: “I trust my neighbors.”

Davy: “I want to keep a low profile. I don’t want people to come up sand say, what are you doing? I want to look as scared as anyone else.”

Grizzly: “Thankfully, out here where I live, neighbors do tend to be pretty neighborly. I think you can trust your neighbors out here. I think there are quite a few people with like minds.”

“If you can trust your neighbors and you can work together, you can get a lot more done to survive.”

Davy: “I’m a lone wolf guy. Safety is knowledge and safety is being quiet about what you’ve got.”

Davey: “In Fort Wayne, Bluffton and Huntington, there are 437,00 people.” “People think it’s going to be simple.”

“Fishing around here is going to be fished out for a while.”

“You need to learn to live for a couple years like a scavenger.”

“Think of when the settlers would go up and down the rivers as highways and they would have to pull over to find some roots to chow on. If you have a village of twenty or thirty, how are you going to feed them?”

Grizzly: “I would rather stay in my home. I’ve never been camping to rough it. You always have fun when you’re camping.”

“My neighbors down the road have horses. If push came to shove, I suppose I could borrow a horse. For the most part if it’s a bad situation, I’m not traveling anywhere.”

“I know my house. I know the corners. I’ve got other things, more than just guns. I’ve other contingency plans for looters and rioters.

Grizzly: “Who can you trust?” “Trust becomes a major issue. That will be huge for anybody.”

“It’s comical. It’s almost stupid. It’s not the event themselves, it’s people. When you step back and you watch how people respond to these events, it shows how vulnerable we are as a country if a crisis truly happened.”

Davy: “This is going to sound cold, but for an EMP, there are going to be a lot of survivors.”

“Let me phrase it this way, in an EMP situation, the herd is going to have to be thinned. There is absolutely no choice in this.”

“You’ve got to be hard. You’ve got to decide is this something I need to protect. Well, my family is worth protecting”