Huntington County Special Olympics dazzels at the half

The game marked the first action for Huntington North since a 41-38 victory over East Noble on January 10th.

In the midst of an eight game winning streak, the program's longest since a twelve game stretch during the 2014-15 season, Huntington North also found itself embroiled in a hotly contested race for Northeast 8 Conference supremacy.

The Lady Vikings, Bellmont, Norwell and Columbia City all entered Saturday night with a 3-1 record in conference play, putting the four schools in a log jam atop the standings.

With Bellmont and Norwell schedule to battle, just down the road in Ossian, the evening's games were set to have a direct impact on the NE8 title chase.

The Lady Eagles drew first blood, climbing on the board, with a free throw at the 7:38 mark of the first period.

Two consecutive baskets for Huntington North junior center Katelynn Arnold had the hosts back in front 4-1.

Columbia city answered with a mini run of their own and regained the lead at 5-4.

Another strike from Arnold, followed by a three ball from senior Bailey Double, gave the Lady Vikings a 9-5 lead and forced a Columbia City time out with 2:45 left in the first period.

The two squads traded blows to close out the game's opening stanza and the Lady Vikings exited the quarter with an 11-10 lead. 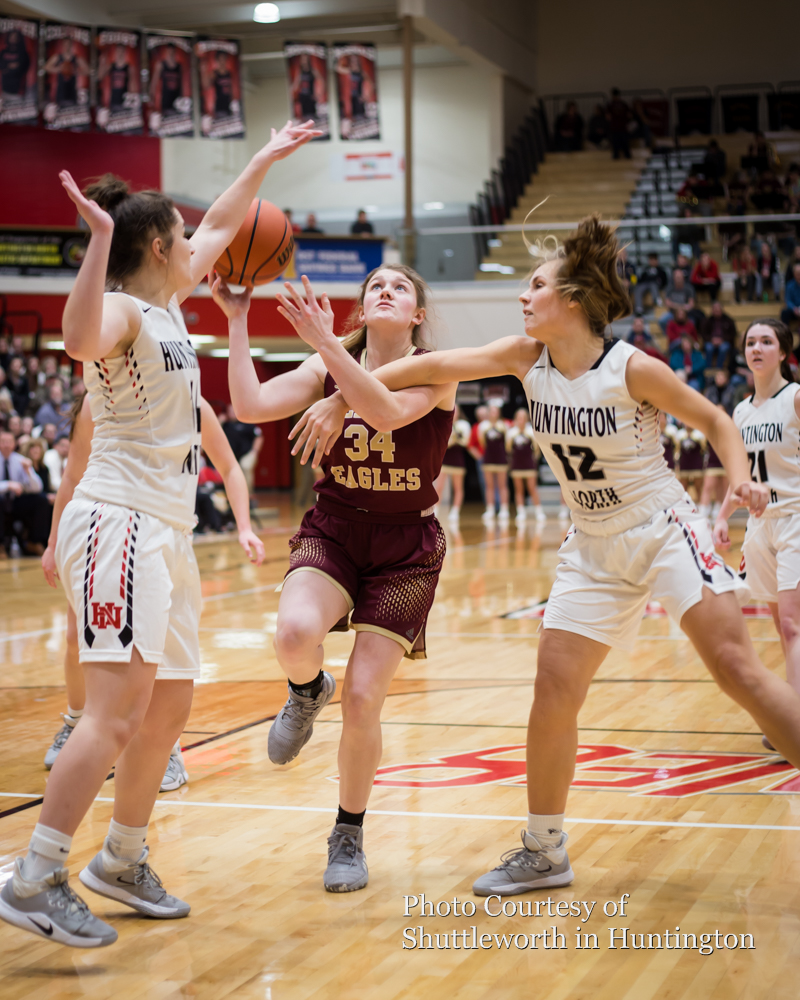 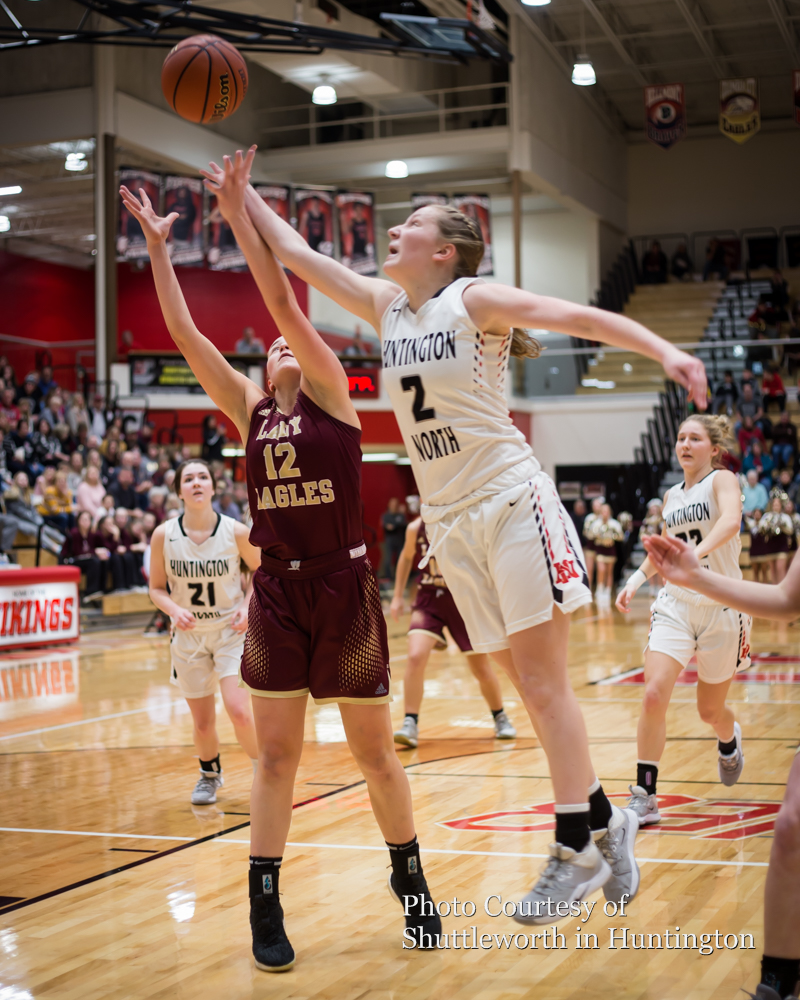 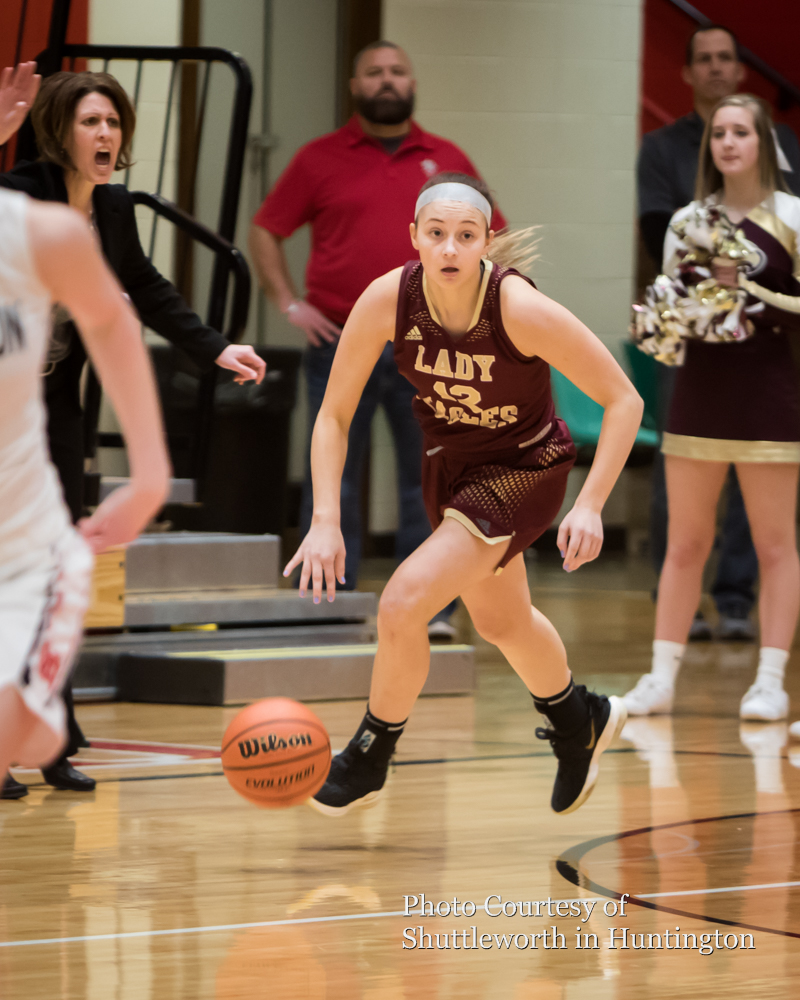 Following a Columbia City turnover to start the second period, a lay up from junior Reece Colclesser put Huntington North up 13-10.

As the Lady Viking shooting cooled, Columbia City closed the gap, scoring the half's final seven points and entering the break leading by four points, at 17-13.

Looking to force their hosts into submission, Columbia City continued their run into the second half.

After scoring the first four points of the third period, Columbia City held a 22-13 lead and forced a Huntington North timeout.

After a quick regroup, the Lady Vikings found Arnold for another score and looked to being their comeback.

Columbia City responded, pushing their lead to 28-16, with just seconds remaining in the third quarter.

Just as things looked dim for the Lady Vikings, Colclesser stepped up to drain a three pointer from the left wing, as time expired.

Colclesser's triple brought Huntington North to within 28-19 and signaled that the young Lady Viking squad would not be tapping out.

After a rebound put back, one minute into the fourth quartered, put Columbia City up 30-19, it seemed the Huntington North rally might have been stymied. That's when things got interesting.

A turn around jumper in the lane from sophomore Grace Sell, followed by a Colclesser free throw and a driving lay in from sophomore Leah Campbell nearly halved the Columbia City lead.

With three minutes to play, the Lady Vikings had climbed to within just six points, at 30-24.

A Columbia City three pointer pushed the lead back to nine points with 1:45 remaining in the game, but Huntington North wasn't done.

Sophomore Addy Wiley and freshman Taylor Double combined for six points over the next fifty five seconds. Led by the duo's outburst, the Lady Vikings closed the gap to 35-30 with forty nine seconds on the clock.

Columbia City spent much of the game's final moments at the free throw line and was able to convert on six attempts, finally staving the never say die Huntington North squad.

A Sell free throw and Wiley three pointer put the final score at 41-34.

Arnold led Huntington North with 9 points, followed by Wiley and Colclesser with 6. Taylor Double finished with 5 points, while Bailey Double and Sell totaled 3 each. Campbell rounded out the score with 2 points. 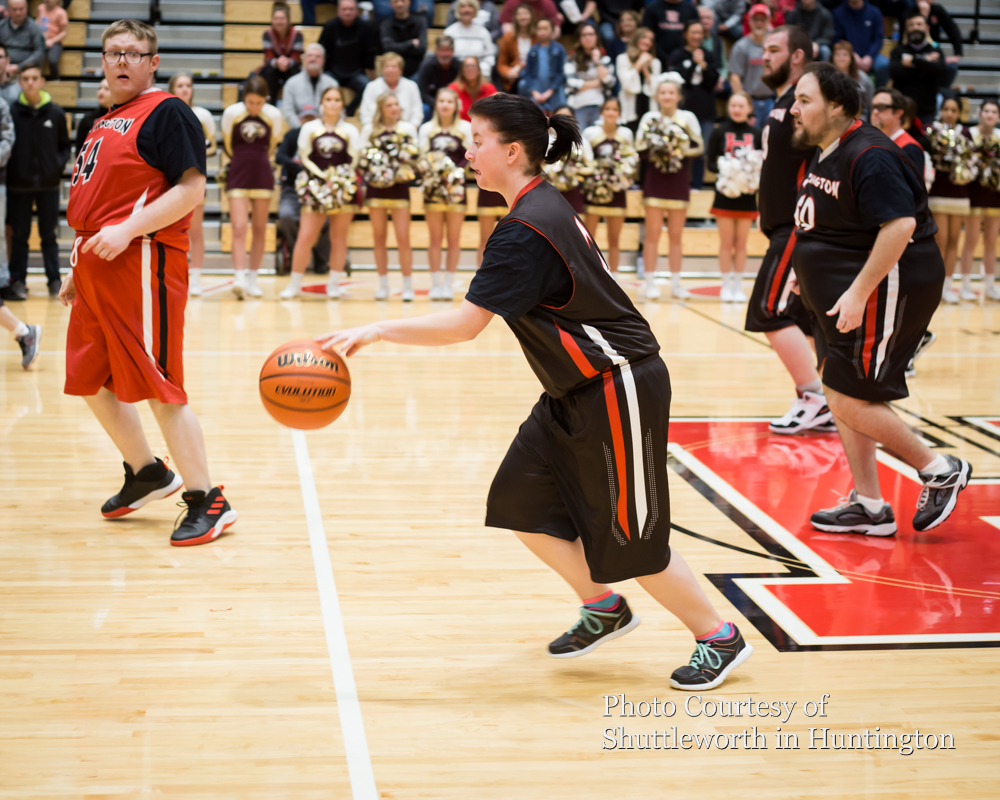 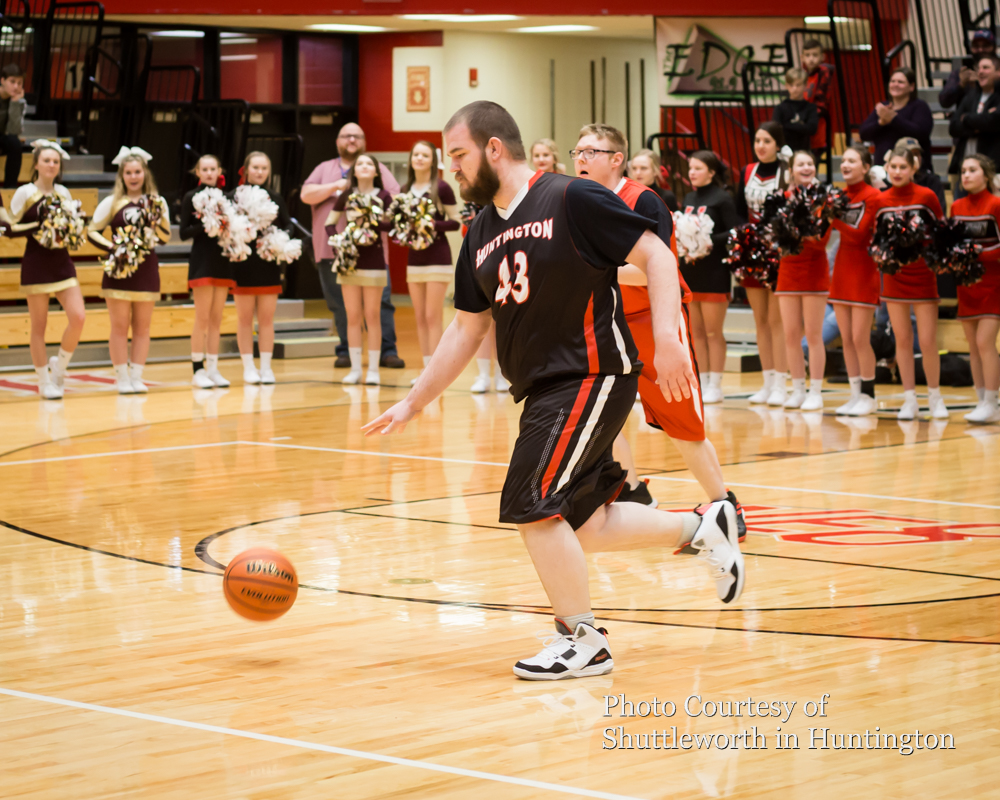 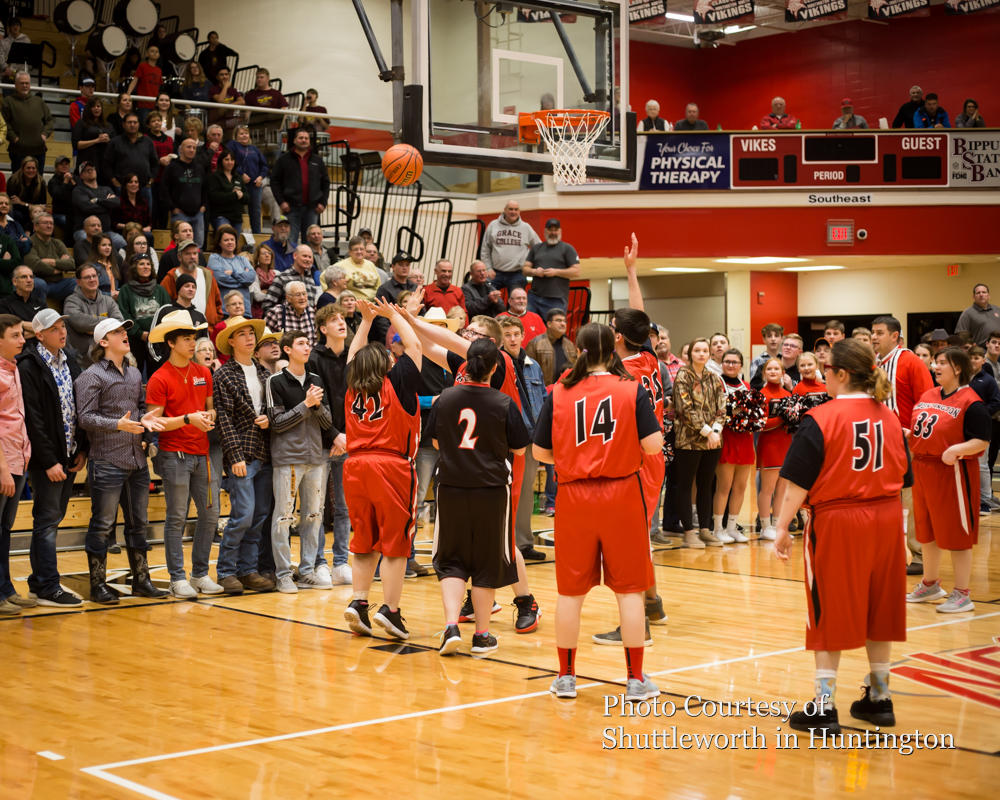 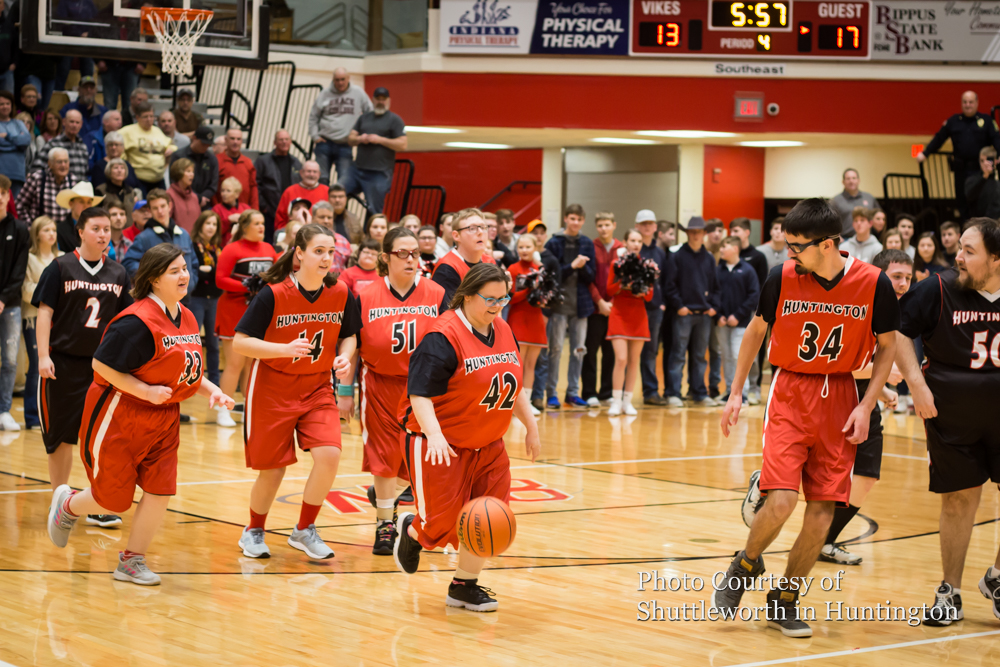 The evening marked Huntington's annual "Special Ten Minutes", during which local Special Olympic basketball teams compete against each other in front of the North Arena crowds.

This year's Team Black was victorious, storming back from an early 4-0 deficit, winning the defensive slugfest 10-8 over Team Red.

On top of the games, a skills competition, featuring over seventy athletes, will also take place.